After stumbling on a copy of Anton Krueger’s Everyday Anomalies in Cape Town, I assumed its publisher, Aerial Publishing, followed a traditional model. Instead, it emerged that Aerial Publishing is a collective based around a writing course that’s been running in Grahamstown (in the Eastern Cape) for the last twenty years, founded by Robert Berold and Colleen Higgs. I talked to committee members Anton Krueger and Marike Beyers to find out more:

So how does it all work?

“Aerial has a writing course component to it”, Marike Beyers explains, “it started out as a writing course, run by the ISEA (Institute for the Study of English in Africa). Anyone can join – it is offered annually. There is one writing session per week during term time. There are students who join, but also residents of Grahamstown and Joza (the township). There is a cost and some bursaries available. As I remember, it runs for 16 sessions, during university term time. At the end of the year the students/participants appoint an editorial board among themselves and put together an anthology of writing by themselves during the year. It is published annually as a journal – it contains writing in any genre the participants choose. Some years they produced 2 separate anthologies [single-authored collections -Ed] – one for poetry and one for prose.”

(b)
before it can appreciate an image,
the crowd glances instinctively down
for the sign(ature) signalling whether
it should be impressed or not….

from Anton Krueger’s ‘6 notes on madrid’ in Everyday Anomalies

Aerial Publishing is a publishing venture, as well as a writing course, but the two are inextricably linked. Currently, you must have taken the course to be able to submit your writing. 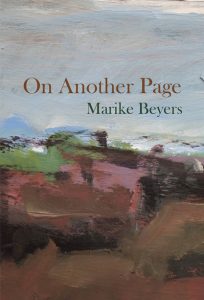 What is unique about Aerial Publishing’s process, is that, as Krueger puts it, “Once you’ve been published you’re on the committee so you help to raise funds, edit and so forth. Any money you make goes into the next book. So it runs itself in that way.”

Becoming part of the committee can involve all sorts of aspects of the publishing process. Beyers explains for instance being part of the 2012/13 selection team, which entailed writing rejection letters.  She adds “We do write proper rejection letters, not just a ‘sorry your manuscript is not what we were looking for’ letter, but giving some constructive feedback – a reader’s report.” She also had the opportunity to co-edit a manuscript with Robert Berold, where she “learnt the how-to-get-it-to-publication process.”

While the concept of Aerial Publishing might sound idyllic, Beyers is keen to stress that it “is starting to sprawl, and difficult to maintain in that all members involved have other ‘day jobs’ and are doing this as volunteer work. We don’t live in the same town anymore […] It is very difficult to get 12-15 people together for a meeting.” They are currently testing out a new model, where a core committee run the venture, “opting help from other members as needed.”

How does Aerial Publishing fit into Grahamstown’s poetry ecosystem?

Beyers believes that Aerial Publishing “gives people still nervous of their writing a safe space to explore writing techniques and a space to overcome anxieties about writing. A starting out space. But many people have done the course several times – it gives them a community to share their writing even if they don’t want to write ‘publicly’. A deadline, a few readers. To me, new in town when I did the course, it also gave a sense of community. And remaining involved in the publishing part of it gives me a similar sense of community – I can learn via this (I’ve learnt editing and manuscript developing from Robert in the process). The facilitators are mostly people who’ve done the course themselves at one stage.”

Key to the course, is that it is not university-run, making it a bridging space. “It is open to anyone from the community, students, working people, people living in town and in the township”, Beyers says, “It is not an academic forum. Although it is run by the ISEA, writers can write in any language. (as long as there is someone else in the course to share it with).”

After twenty years, it’s hard to tell if Aerial Publishing slots naturally into Grahamstown’s thriving poetry scene, or whether it is in part responsible for said thriving scene, whose main hubs are NELM (National English Literary Museum) and the ISEA.

Krueger told me that “There are a lot of poets for a small town. It’s quite lively. There are regular injections of poetry activity here, from writers in residence at the MACW [MA in Creative Writing], to being on the circuit for launches from visiting writers – just recently we had Bongani Madondo who launched Sigh, the Beloved Country, and so on”.

Harry Owen’s Reddits Poetry open mic event on the last Friday of each month frequently comes up in conversation. Beyers describes it as a “public poetry space” where “people can read their poetry – whatever context they wrote it in, and poems by any poet they’ve come across”.

Beyers also tells me about a group called “‘The Cycle of Knowledge’ which brings together students from the English Department with a writing group in the township – and they are very much focused on writing and performing. They do performances and public readings and have been involved in a documentary filming project of what they do. However, Aerial is more concerned with writing, than with performing.”

What are the biggest challenges facing Aerial?

“Right now it is financial” Beyers tells me, “we are in a conundrum of having now called for and received good submissions but not having the money to publish the books. We cannot fundraise without manuscripts either. So we need the manuscripts as physical proof to prospective funders as real projects – we cannot fundraise first and then call for manuscripts. In our new core committee function, I’m not sure how this works out in terms of who will do what. It feels awkward to conditionally accept manuscripts. But we cannot do get funds in another way.” 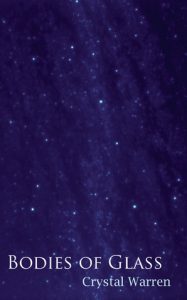 “I think that there is also some sense of a problem around efficiency and collective decision-making. Aerial has regarded itself as a collective. But with each new round of publications, more people are added to the collective, which makes communal decision making more cumbersome. People like to have opinions and make statements, but it’s way harder to come up with who will volunteer to do x by date y. Some people end up doing the main work or feel that things don’t happen if we don’t make them happen.

So to become more efficient, we’ve now said we’ll function via a core committee. My personal fear is that the core committee might lead to a smaller group making the selection decisions and as such be accused of promoting a particular aesthetics. At the same time, any publishing collective has a sense of aesthetics – we cannot escape that.

And distribution is a problem. We are small. No one is paid a salary to look out or put things out there. Our local formal bookshop (Van Schaiks) makes huge statements about supporting local literature, but the fact is, they’re a chain bookstore and because as a small publisher we are not on the national database of books, they find it too hard to store us. No pre-existing entry on their computer system.

Bookshops take books on consignment but for very short times – so I’ve paid more (personally) in postage to get Aerial books there than money made from that.” 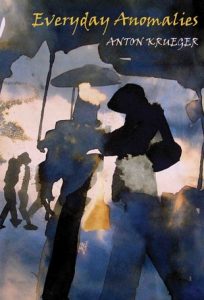 One of Krueger’s roles on the committee was to help create a website for Aerial Publishing. Until then, the collective’s presence online was minimal. Books can currently only be purchased in South Africa, but as Krueger puts it, ‘the main sales come from launches, like most indie publishers”.

Aerial Publishing might still be finding the best path forward but it seems clear that it’s a force for good in the local poetry community. Let’s hope the committee shake-up helps find ways to a better distribution system, so that more people can discover the startling débuts they publish. 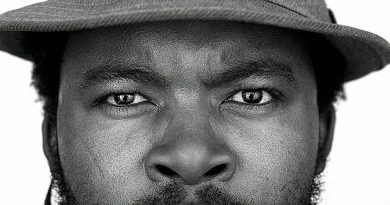