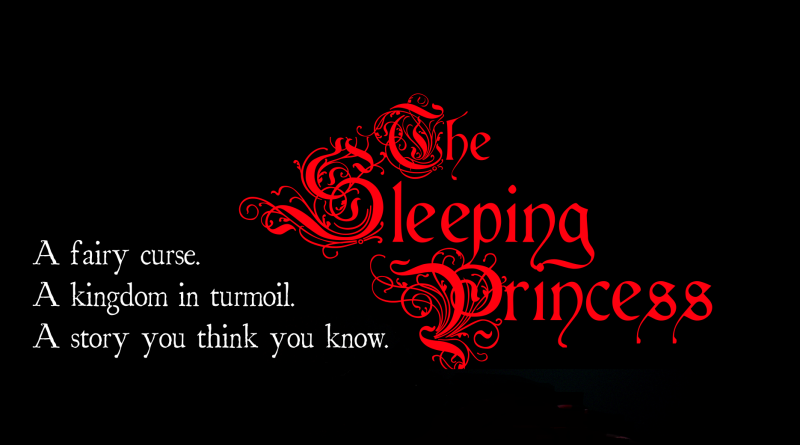 What is it? A tale of Red Hoods and Glass Slippers…

This one-person show was a spellbinding, loving, and nuanced re-imagining of some of our most beloved fairy tales. I won’t spoil exactly what’s in store, but rest assured that a lot of your favourites – even if you might not recognise all of them immediately…

Indeed, the way the stories are connected is clever and intricate. This interplay between the different stories makes them feel both familiar and captivatingly new.

The focus of the performance was the narratives of the women in the story. The well-paced narrative put them on a riveting journey that gave them a lot of space to develop outside of our expectations. It allows them to be good, bad, innocent, monstrous and everything in between. The performance raised questions about the nature of what it meant to be real, of the agency of women within the stories, and of the spaces and archetypes they are allowed to occupy.

What makes the show work?

The show has an intimate and personal feel to it, with the storyteller Hel Robin Gurney sometimes speaking directly to us, bringing us deeper into the winding paths of the story.

The show moves through a number of different character narratives, the storyteller using a simple and brilliantly effective device whereby they changed cloaks and body language to denote different characters. They were able to portray everyone from the huntsman to the goddess of the woodland compellingly.

The audio and visual effects were also well done and enhanced the performance beautifully. The subtle use of sound to evoke locations and set the stories in their context was pleasingly immersive.

The show is a wonderfully self-contained story, but Gurney hints it’s also part of a longer narrative. I would certainly love to see the next installment of the story. The performance left me wanting to know what happened next, where the stories would go, who the protagonists would be.

If you love fairytales, if you love storytelling, this is a show not to miss.

You can next catch The Sleeping Princess at the Camden Fringe, tonight (7 August) and tomorrow at 7.30pm. Tickets here. 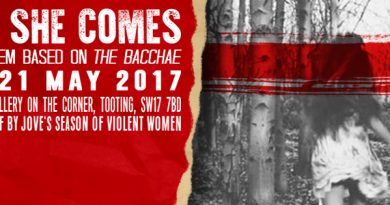 Here She Comes – By Jove Theatre (at the Gallery on the Corner, Tooting)

June 22, 2017 websterpoet Comments Off on Here She Comes – By Jove Theatre (at the Gallery on the Corner, Tooting) 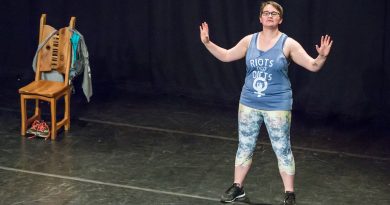