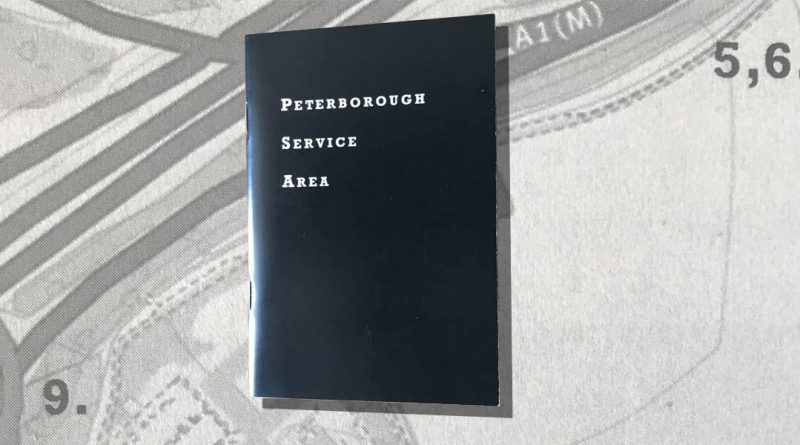 The more I try and pin down the notion of liminality, the more it eludes me. It is about edges, transitions, thresholds. It is different things for different people at different times. The Romantic poets of the early nineteenth century were fascinated by liminal spaces, such as dusk or the intoxication brought by opium, as places where they could experience the sublime. In counterpoint to this The Liminal Residency, a collaboration between Krishan Coupland and Eloise Shepherd, sets out to engage with discomfort, but what these writers share with the Romantics is an openness to the unpredictable. They go to places of passage, to explore and observe. 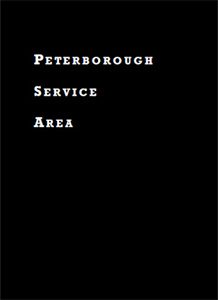 Coupland and Shepherd talked to people who work there and watched thousands of visitors pass through over the course of a weekend.

The pamphlet Peterborough Service Area is a collection of reflections on what they found there, ranging through snippets of interviews, evocations of aspects of place, poetry and flash fiction.

Dip in and there’s ‘Service Station Song‘, a breathless paragraph about the sights, sounds and smells of the place:

“…the endless endless echo of the road which fences in this humble little hutch of brick and mortar, grass and sod and trembling trees, struggling in the fumes…”

Dip in again and there’s ‘Durobrivae‘, a poetic meditation on the history of the place, in which “concrete, populated by a shifting crop of cars” has replaced the farm established there by the Romans.

Dip in again and read visitors’ complaints about hard sausage rolls and praise for friendly staff in ‘Four Stars‘.

There’s much packed into this slim pamphlet, as there’s a lot packed into the service area itself. On one page there is merely the stark question – “What are you doing here?” The short fiction pieces explore some of the possible answers. In ‘One in a Million‘ it’s a routine stop on a long journey, but there are strong emotions pulsing in this flash, as there are in ‘In Transit‘, on a walk of “looping movements” which precedes a significant conversation. The service area is a neutral place. In ‘Rendezvous‘ a woman checks into a room:

“I turned on the TV and waited. Made a cup of bad coffee. Even with the TV on the room felt muted. One wall was painted a heavy maroon colour but, here or there, millimetres of maroon paint splurged onto the white wall.”

It’s a place that stifles hope, loss palpable in the hot corridors, while outside there’s a version of normality passing through – “a blue bus full of pensioners”.

‘Interview‘ distils what people who work in the service area have to say about those who visit, which is anyone and everyone, because:

“…all got to stop for a piss and a bite to eat, celebrities and politicans and all.”

But if you think you know all this, that motorway service areas are just places to piss and eat and get petrol, there is a surprise on ‘A Guided Tour‘ at the end of this pamphlet. There is, at the furthermost point of the site, a little chapel like a bus shelter with a cross on top and “a tupperware box full of prayer books.”

It’s a small tribute to humanity, this provision of quiet alongside the hum of the traffic.

I wanted this pamphlet to be longer, and yet I found that it told me enough to make me think; next time I stop at a motorway service area I will look around me with more attention.

Find out more about Peterborough Service Area on The Liminal Residency website.

March 5, 2015 dj4twinx Comments Off on Ox-Herding: A Secular Pilgrimage by Jackie Griffiths