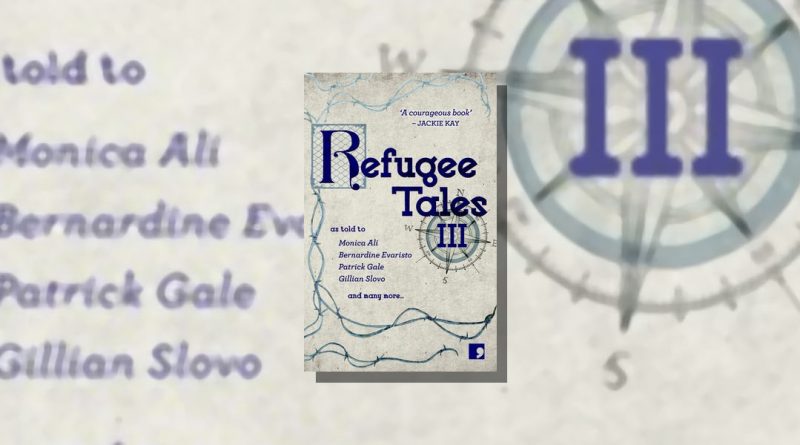 It may no longer dominate the headlines, but the refugee crisis is still very much real for millions of people around the world. Refugee Tales III, published by Comma Press, is the latest instalment in a series of collections that aim to get more refugee voices into the public consciousness and enable us to see refugees as more than the photos published in newspapers suggest – to see them as human beings with ambitions, fear and hopes, just like the rest of us. 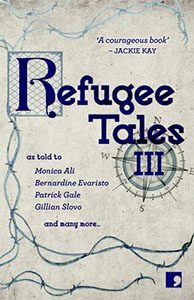 The pieces in this collection include both stories told to and presented by professional writers including Monica Ali, Patrick Gale and Bernardine Evaristo, and those written by asylum seekers themselves. Most focus on the experience of travelling to the UK and dealing with the Home Office, although the final story is set in the US, which has its own very well-publicised controversies around immigration and detention.

Many of the stories have titles that include the profession of the refugee. We hear from an embroiderer, a dancer, a care worker and a teacher, among others. Some of the other story titles refer simply to the person’s position in their family – such as a father, a son, a foster child and an orphan.

Other titles are based on where the refugee is in the immigration process. ‘The Stateless Person’s Tale‘ (told to Abdulrazak Gurnah), which opens the collection, is one of these. This is a simply told and heartbreaking tale by an unnamed man from a country in Africa, of how he has ended up in the UK for 12 years and is waiting to be reclassified as a Stateless Person, with some disturbing details about the government’s approach to dealing with asylum seekers:

“I asked about my papers and I was told there was nothing there. Everything was cleared out after my arrest, the photograph of my wife and children, my school certificate, my birth certificate, my address book. They must have thrown them all in the bin… I had no papers of any kind to prove I was from G___.”

This experience is repeated again and again throughout the following stories, showing that this is not just a one-off and that the immigration system is rife with contempt for asylum seekers, with some officials purposefully exhausting and confusing refugees when interviewing them so they no longer know what they are saying, and others trying to circumvent the legal process to speed up deportations.

This life-destroying trickery shows just how important it is for refugees to have their stories heard as they want to tell them – even if, as the despairing ‘Fisherman’s Tale‘ (told to Ian Sansom) suggests, they don’t think anyone actually wants to hear them:

“You’re not really going to listen. No one listens.

You’re not really going to hear. No one hears.

You’re not really going to care. No one cares.”

Yet in ‘The Erased Person’s Tale‘, a highly educated refugee called S tells Jonathan Wittenberg that he wants him to tell his story instead of telling it in his own words because:

“He needs someone else to hear, a person outside his immediate experience, to acknowledge and record what happened to him and to those whose sufferings he saw and shared.”

This is all the more poignant when you realise just how much immigration officials don’t want to listen to the accounts of torture, violence and fear that refugees bring with them. In ‘The Father’s Tale‘ (told to Roma Tearne), the man in question has his appeal for asylum refused and is told he is going to be deported:

“I will be tortured if I go back,” the young man cries again. “Don’t you see?”

“They don’t. The global connection exists only in name. What happens elsewhere does not matter here. Die if you must, but do not come here with your tales of human abuse.”

Many of the stories end partway through the refugee’s journey through the UK immigration system, leaving the reader to wonder what became of them in the end. Others seem to end on a more positive note, however, offering a sliver of hope in a volume filled with harrowing experiences.

It’s not an easy read by any means, but Refugee Tales III is a powerful collection that should be read by anyone looking to learn more about the reality of life as a refugee to seemingly unsympathetic countries. All of the proceeds from the book will go to Gatwick Detainee Welfare Group and Kent Help for Refugees, with both of these groups doing important work to befriend refugees, present their stories to the world and, ultimately, push for reform of this broken system.

Find out more about Refugee Tales III on the Comma Press website. 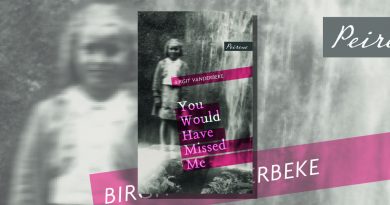 You Would Have Missed Me by Birgit Vanderbeke

July 24, 2019 Phil Olsen Comments Off on You Would Have Missed Me by Birgit Vanderbeke 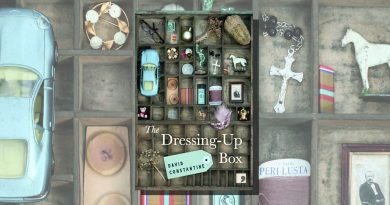