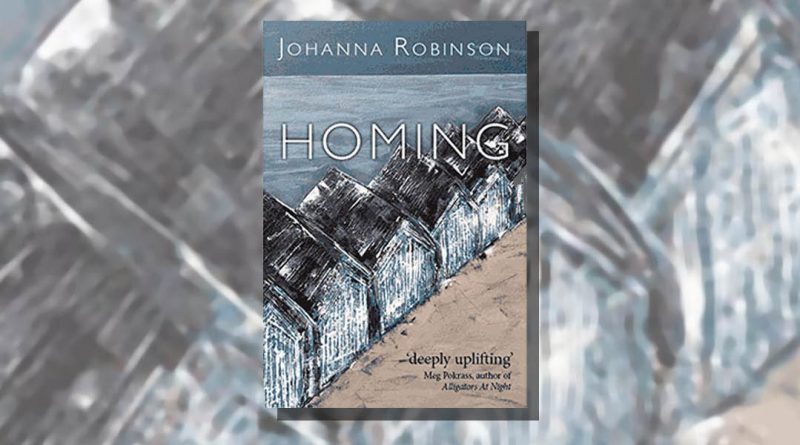 Homing (Ad Hoc Fiction), a historical novella-in-flash, follows one Norwegian family’s story of life in and away from the village they call home.

From the innocence of 1933 through the Second World War German occupation of Norway, the story takes us up to 1970. This is writer and freelance proof-reader, Johanna Robinson’s debut book. 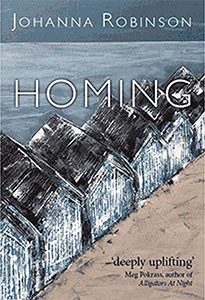 While the novella is a work of fiction, Robinson takes care to express with ‘A Note on the History’ a clarity to the truth that lies beneath the story that was the inspiration for the novella. She states that all the characters are a work of fiction and while “their personal, individual experiences – are entirely fictional, the larger events did take place. The Norwegian teachers were sent to concentration camps; the paperclip was a symbol of resistance; men did escape to Shetland on fishing boats; and the tiny coastal village of Telavåg was razed to the ground, with men and boys sent to Sachsenhausen and the women and children interned in a school. The village was also rebuilt after the war.”

The title Homing is simple and yet it takes hold, gives the sense of wanting — a wanting to go home, go back, return to the familiar — yet perhaps also of not wanting to stay. The first of the forty-seven flashes or vignettes ‘Pushing Atoms’ (England 1969), introduces the protagonist Caroline, as she leaves her office for the last time. The voice of the protagonist speaks with a sense that she has left her office before she has, then regrets her actions and wants to hold on a little longer.

“I cleared most things out of my office yesterday. Today, I consider throwing my cards, a stack of farewells – addressed to Caroline, Carolina, Lina – into the already full bin, but I tuck them into my bag, next to the plain-framed photo of the twins when they were ten.”

History hangs over ‘Pushing Atoms‘ as Caroline thinks about home. She packs up the office, leaves it tidy and considers the paperclips as families. The paperclips provoke a sense of place and return Caroline to her home. Robinson states at the start of the book the paperclip was a symbol of the resistance but how she weaves the object into the story is a significant detail that carries on to reveal a great strength within Caroline’s mother and the other women and children who were taken by the German soldiers.

She gets into the car and “The rain amplifies the silence in the car.

‘Aren’t you going to ask how my last day went?’

In my pocket, in my palm, the paperclip is warming.” This is the impetus for the family’s story to be told.

What makes the telling of the family’s story so powerful is the voices it is told in. Robinson has managed to allow each family member to speak at the right moment, providing clarity and emotion to that part of the story while attaching to the narrative as a whole.

Caroline’s brother Bjørn crosses over to Shetland in a fishing boat, a secret code sewn into the lining of his jacket. When he disappears, the impact bears down on his parents’ relationship. Caroline feels it starkly through the mother’s words in ‘Safekeeping‘:

“Because we are not allowed to talk about such things, I cannot ask Henrik if he knew that one day our son would be gone. Did you know? I ask him, instead, in the ramming of the butter knife onto the table. Were you in on it? I ask him in the tying of the too-tight knot in my apron.”

“Do you think he’s safe? I ask Henrik as he sleeps and as I stand outside Bjørn’s room and listen to the breathing of another young man who is not our son.”

Homing is a novel within a novella, heavy history and intimate life stories fragmented and condensed. Robinson’s writing in these linked short flashes portrays the atmosphere of German occupation, the villagers’ loss of autonomy, abuse carried out by the German soldiers towards the women, while defiance against the Germans is shown through the paperclips and through the rebuilding of the family home.

As a reader, I was absorbed and felt I was there in that village in Norway in the 1942-set ‘Undoing‘:

“Erik, who is only eight, is crying into his mother’s apron and she is trying to muffle him, stuffing the fabric into his mouth. Butterflies of charred fabric dance past us, tumbling towards the fjord or sucked high into the wind, black dots against the sky, everything has gone.”

Alongside this historical story are the personal stories of the family, of love, children, loss, leaving, wanting, finding. Each has their own story to tell although it is Caroline who is searching for answers and an object that links the stories together.

Homing may be described as a novella-in-flash but above all, it is a story with beautifully interwoven clues to follow; the paperclips are one and they will amaze, and there is another which I will leave you to discover.

Find out more about Homing on the Ad Hoc Fiction website. 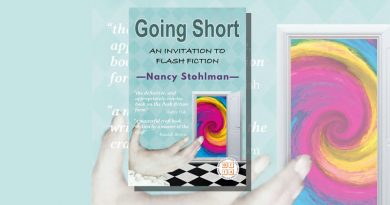 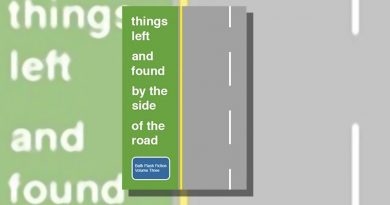