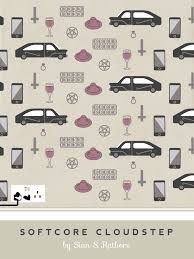 ‘Anything you can write is already somehow immanent in the language, a baffling fact that has various ways of affecting those who discern it.’ This is the first sentence of Hugh Kenner’s Foreword to the 1981 edition of Prepositions, Louis Zukofsky’s collected critical essays. Baffling as it may be, this is not any kind of newly-discovered fact; it would certainly not have come as news to the Beowulf poet, or to Homer or whoever it was wrote the Homeric epics. However, it does quite clearly have interesting implications for anyone trying to make poems with the cold glow of the Romantic cult of originality still visible in their rear view mirror. What is the place of originality if a language, and by extension those who speak and read it, carries within it anything that can be said?

I was sent back to this question recently by Charles Whalley’s review of Kim Kardashian’s Marriage by Sam Riviere, an extended essay in which Whalley discusses the wider context of post-Internet poetry and mentions the work of Sian S Rathore. It’s an interesting and detailed exposition of the alt-lit movement and I don’t intend to go over the same ground here. I would, however, like to raise a few observations that came to my mind while reading Whalley’s piece as a kind of preface to this review of Rathore’s book.

My first thought is that the role of the Internet in undermining Romantic notions of originality may be somewhat overstated. As the Kenner quote above makes clear, the perception that linguistic originality is something of a chimera was available to those who think about these things before the advent of the web. It could be argued that the Internet simply adds a body of corroborating data to support something that many poets already knew.

In any case, while poems are made with language, they are not identical with their material. The question of poetic originality has always been more to do with form and voice than anything else; technique, the ability to shape language to the needs of the poem is, as it always has been, the mark of the poet.

The second point I’d like to touch on concerns the notion of the death of the authentic self in the digital age and the supposed concomitant rise of ironic distancing and the unreliable confessional in poetry. Without wishing to dismiss the importance of technology as an alienating force, it is, I think, important to remember that every ‘I’ is and always has been fictional, a projection of a selected ‘self’ to the world. A century ago Proust set out to demonstrate this at length, but it is important to remember that it was a demonstration and not a discovery. And if the ‘I’ is a construct, then the impulse to distance via irony is a tool that is always available to the writer. It is not the literal truth of a confessional poem that makes it sincere, it is the poet’s ability.

This is as true of, say, Ovid as it is of Philip Larkin, both of them pre-Internet masters of ironic self-deprecation. Once we accept this then it becomes apparent that all confessional poetry is faux confessional, with the only mildly paradoxical consequence that all confessional poetry is potentially equally sincere to the innocent reader. And, I would argue, the innocent reader is also the ideal reader. Poets may find theory useful as a tool to help them make poets, but poems aren’t written by theories, they are written by people and if the intention is to reach an audience they must be available to the reader who is innocent of their theoretical underpinnings. As Zukofsky notes in the essay immediately following Kenner’s introduction, the function of a poem is ‘to record and elate’. In the end, that’s really all that matters.

None of this should be read as a dismissal of alt-lit or post-Internet writing. It is important, it is vital in fact, that each generation of writers discover the nothing new for themselves and find their own way to make sense of it. Without this periodic renewal poetry really would be in danger of expiring.

After this long, but I hope not entirely irrelevant, context setting it is time to consider what this not entirely innocent reader made of Softcore/Cloudstep. One thing that struck me is that there are only a small number of poems that are in the most literal sense post-Internet, the most obvious being: ‘She Sometimes Still Emails Him’, ‘Portrait of the Artist as a Young Bunny’ and ‘I Think This Says A Lot About My Life’.

The first of these is written in the voice of a woman who mails her late partner, a suicide, from her iPhone. Complete with typos and poor punctuation, it captures an appropriate level of bathos with the minimum of fuss. The artist in the portrait is Lady Gaga and the poem is a collage of Internet scraps, ending with the ubiquitous ‘Now Weird Trick’ for losing weight. ‘I Think This Says A Lot About My Life’ is subtitled ‘search terms people have used to arrive at my website’. It seems like the kind of thing that would work very well in performance, but on the page it fails to live up to its title, for this reader at least.

The collection is also rich in the confessional, much of which achieves a pleasing sense of sincerity, whether or not it be in any strict sense ‘true’. There is a good deal of post-Beat sex and drugs talk, and signs of an obsession with death, especially suicide, another confessional poetry standby. However, when she finds her own voice, Rathore’s self-revelations are pleasingly quirky and her best poems both record and elate. Take, for instance, the splendidly titled ‘20 Ways in Which I Perpetuate a Rumour That I Ran Away and Eloped With Someone I Never Actually Eloped With But People Really Will Believe Anything Especially Things They Really Want To Believe, And Even Now My Mum Is Calling Me Like Sian Seriously Tell Me Did You Get Married And I’m Like No But At The End Of The Day Doesn’t Everyone Want to Believe in Love?’, a witty and penetrating dissection of gender role stereotypes in relationships which also happens to be a thoroughly convincing portrait of a self-in-the-world who is playing with the social expectations involved. The ending is a simple but unsettling twist, too:

‘20. I show them the marriage certificate, photographs of the day and wedding rings because I eloped with him.’

Rathore is perhaps most comfortable in poems like this; sequences of short related sections in prose or verse. The opening poem in the book, ‘The Geisha Series’, is a fine example of her writing at its best; it is spare, taut and smooth.

‘Drink me into the beautiful grass
How will I give into rumour? Away
From you, I am nothing.’

And again the note of sincerity dominates.

Some of the longer pieces are less successful. One of the longest and most ambitious is ‘Scenarios’, a prose poem in eight sections, the first seven of which culminate in deaths, generally suicide. The final section is an overly-knowing commentary on the inadequacies of the proceeding seven (‘the tone is condescending and the idea is uncreative’). The problem with this kind of piece is that the shocks need to surprise and here they are distinctly unshocking. Worse still, some of the writing is flabby:

‘For the week leading up to Pippa Middleton’s birthday, your death was the talk of Chelsea and your girlfriend Cressida wore black for a week to contemplate your death. It was the only selfless thing she’d ever done, and she did look good in that season’s Prada. You died happy. It’s okay mate, you did a really good thing.’

The repetitions may, I suppose, be intentional but they come across as careless or non-existent self-editing. It’s a failing that besets both the book as a whole, which is maybe 20 pages too long, and some of the individual poems, which again can be too lengthy and overly wordy.

But then, this is a young poet’s book, and it’s better to have too much of a new poet than too little. Rathorne has, at her best, a distinctive and interesting voice and view of the world, one that can be seen emerging in this collection