Emma Wright: Yes, I’m really happy with it. Rachel Piercey, my co-editor, and I were really lucky with the standard of responses we got to our call for submissions, and – because I was taking time to learn the ropes last year – we had a good 8 months to put it together exactly how we wanted it.

JA: How did you know when anthology was complete?

EW: When selecting the poems, we really just chose all the ones which fitted our sense of the ‘mildly erotic.’ We ended up with 23 poems, which isn’t that many for an anthology, but it was important that the book’s identity was clear and unified. We wanted the book to depict sexuality in fresh, sympathetic and broadly positive ways, which meant we had to turn down some poems which were great but just too bleak. Once we had finalised the selection and worked with some poets on developing their poems, Rachel and I had the first of our now-traditional summits, where we meet up and lay all the poems out on the floor, then shuffle them around to decide on an order. So, if anyone reads the anthology cover to cover, they should get a sense of the spacing and the reading experience being controlled in some way.

JA: What do you mean by ‘controlled’? 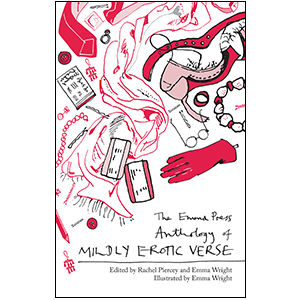 JA: But you must have some idea of the anthology’s reception from your tour?

EW: Yes, that was one of the many wonderful things about doing the Mildly Erotic  Poetry Tour last year, straight after we launched the book in September. It was supported with National Lottery funding through Arts Council England, which meant I was able to work with the poets on their sets and introductions to make the show feel like an extension of the ideals of the book. I wanted the emphasis to be on all the poets’ different interpretations of eroticism, and to provoke the audiences into thinking about their own. We had some really great responses to the poets and the book, so I did feel vindicated in my mild erotica.

I think my favourite show was the one in Belfast, because we had a very respectful and attentive audience who didn’t clap after every poem but did when they felt moved to it. Jacqueline Saphra read a fabulous poem about her own conception and the room just broke into applause and one man yelled ‘brilliant!’

JA: Can we go back to Orion? You mentioned that you worked at Orion Publishing Group for a while, so what made you decide to go and set up The Emma Press?

EW: I worked at Orion for two years as the ebook production controller, sourcing files and converting their backlist into ebooks. I loved being in the Production and Design department, but my actual job was very boring and repetitive – just getting 500 ebooks made every year. After two years I couldn’t face another 500 ebooks, so I resigned without any particularly strong sense of what I wanted to do, other than something more creative.

Around then, I read some of Rachel Piercey’s poems for the first time. She’d been one of my best friends for about ten years, but I still hadn’t read her poems, and when I finally did I was just blown away by how brilliant they were. I wanted to share them with as many people as possible, and it occurred to me that I could use my new book design and ebook skills to do just that. I found myself really enjoying the whole process of publishing The Flower And The Plough, and then I had the idea for a book of mildly erotic verse. That was 2013, and now I have 15 books coming out in 2014! 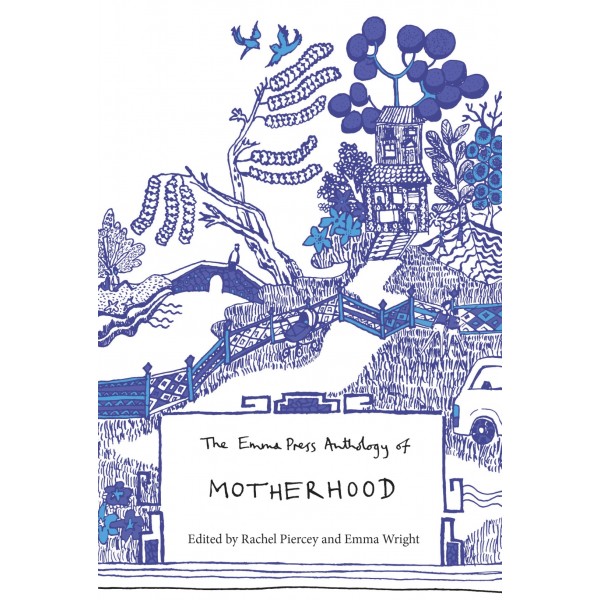 JA: So you have an anthology coming up about motherhood, and also one about homesickness and exile?

EW: Yes, our Anthology of Motherhood is launching at the end of February, which is very exciting. It’s going to be amazing, just so full of really raw and truthful emotions, and I hope it gets the wide audience it deserves. It’s our first non-romantic book, and I’m pleased that 2014 will see the Emma Press list’s focus spread out in a few different and hopefully surprising directions. That said, we’ll always have a soft spot for love poetry, and we’ve literally just published two books of it: A Poetic Primer for Love and Seduction, which is an anthology of didactic poems, and The Emmores by Richard O’Brien, which is a set of love poems about a long-distance relationship.

EW: Yes, I am really ambitious. I really want to get into the Society pages of the Evening Standard magazine. You know, at the front, where they take pictures of people at parties and say what canapés they ate? I also want to carry on running the Emma Press for a very long time, at the same time as travelling the world and having babies, so I have to be ambitious in order to get everything done.

JA: Your main inspirations seem to be poetry and Classics. Is there anything in particular that attracts you to niche forms, especially of art? Or do you not think they are particularly niche?

EW: I would say that part of the appeal of poetry for me is in the idea of it being very small and carefully-constructed. That was one of the ambitions of a group of Roman poets called the Novi Poetae – in the opening poem of Catullus’ book he describes his little book like a finely-polished stone.

I like Classics because that’s what I studied at university, and I guess I find it fascinating that we are still reading these texts two thousand years on. That’s a kind of immortality, which obviously I would like for my books.

EW: Of course. The hunch which powers the Emma Press is that anyone can be a poetry reader. I think anyone could enjoy reading poetry if they gave it a go, so I’m publishing books under the assumption of ‘Why wouldn’t you read this? Why wouldn’t you buy and enjoy this beautiful book?’ That’s the aggressive hidden message behind the hand-drawn design.

My passion for this actually comes from being a new convert myself. I studied as much poetry as you have to at school, and then obviously I read Classical literature when I was at university, but I never really got it until I read Rachel’s poem Bonfire and I understood why a collection of words and the form and technique made sense as a poem, and how they all worked together to make me feel some very strong emotions. I think it just takes finding the right poem.

JA: Just to wrap up, I thought we’d do some quick fire questions. So…

Your alternative career: I don’t know. I still intend to be a writer one day.

Your top tip for someone who wants to submit a poem to the Emma Press: I publish what I like to read, so take a look at some of the other Emma Press books and try to get a sense of my tastes. 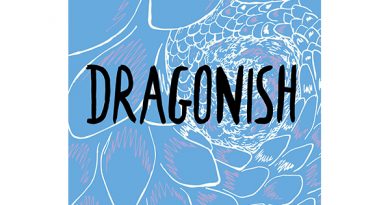 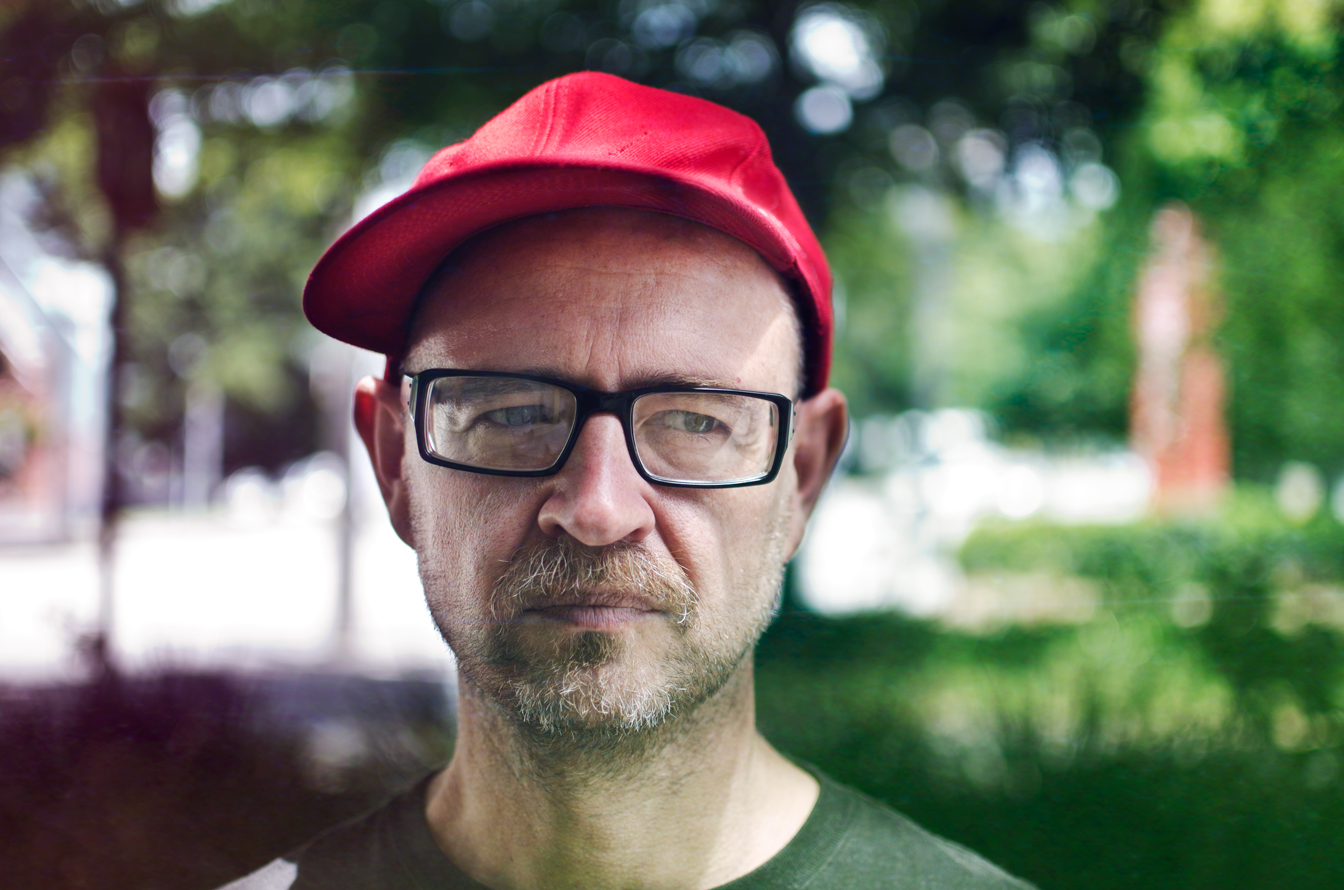