Shortlisted for the Saboteur Awards 2014, Unthank’s Words and Women: One is an anthology of stories by women living in the East of England. The stories – fiction, memoir and creative non-fiction – were chosen through a competition run by the Words and Women organisation, who plan this as the first in a series. Although not the eventual winner, Susan Dean’s ‘Suenos’ for me best encapsulates the combination of words and women in the anthology’s title: it features a Cuban hotel maid who reads and writes whenever she has spare time, breathing literature, and a Western female tourist, also a writer. Their attempts to communicate their different – although undoubtedly similar – lives, and to support and share with each other, sums up the spirit of the anthology.

These stories – and even the non-fiction entries are telling stories – are about the experience of being a woman. While there’s a focus on women in the West (perhaps inevitable, given the geographic focus of the publisher and editors), the themes and experiences are broadly universal: loss, sex, death, growing up, motherhood (and childlessness), illness, ageing, violence and relationships with men. Others, more Western-specific, include balancing a career with a family and the guilt of a missing schoolgirl’s mother. The editors, Lynne Bryan and Belona Greenwood, say they’re providing a platform for voices they feel need to be heard; those voices are all female (so represent female opinion), and many are well worth hearing.

It would be easy to consider this a work of tub-thumping literary feminism, but it’s more subtle than that. Rather than, say, giving us stories where women attack a man’s world or win a victory of some kind over a man, Words and Women: One makes a more concerted, longer-term effort to even up the gender disparity in literature. Compare, for example, the Pankhearst Collective’s approach to centralising female characters who are often rough, tough independent bruisers who take violent revenge on the patriarchy. Instead, the stories here subvert patriarchal narratives, which have become almost standard, by simply placing women in the central position so often occupied by male characters. They aren’t all rough and tough, most are just trying to live their lives, lives which may be undramatic but are not lacking in emotion and impact on a reader. Their independence and self-sufficiency doesn’t need to be worn on their sleeves, and might be their greatest strength. The more stories we have where women are central, the more easily society can accept women as central actors in their own lives and the life of society at large. In that respect, Words and Women: One sets out for, and achieves, an admirable aim.

That’s not to say that women are central or narrating characters in every entry here. A couple have male perspectives, and that seems a healthy balancing factor; after all, equality will require the input of both genders. Although the church rector in Caroline Jackson’s ‘The Call’ is male, the story is really about a community coming together to celebrate the passing of one of their matriarchs, a woman whose presence looms large throughout the story even though she never appears. She lives on in the folk-memory of her many descendants and friends, and that idea of sharing grief, of coming to terms with loss, recurs throughout this anthology.

‘Len’s Whole Life’, by Alice Kent, while being a wonderful character study and lightly humourous take on mental illness, doesn’t necessarily add much to the conversation about women’s experience beyond the idea that men sometimes look at women. That doesn’t seem new or revelatory, but it’s a peripheral part of the story which, in a way, seems a fitting reflection of the way men sometimes (too often) perceive women’s experiences.

But enough about the men – as the editors point out, there’s an inequality in publishing already, and this anthology should open up the conversation to more female voices.

The competition-winner was Dani Redd’s ‘My Sister’s Haircut’, a dark coming-of-age story involving a controlling boyfriend whose girlfriend is eager to please him even to the point of denying her own wishes and autonomy. It’s a scary example to be setting her younger sister, whose narration picks up on the hints of something darker, and the promise of a girl growing into a young woman, without dwelling on them or revealing too much. Redd treads a fine line between innocence and cynicism, witnessing a classic example of a relationship doomed to inequality, unhappiness and eventually serious abuse. It’s sobering to think that this is probably quite a common experience.

‘The Deal’, by Wendy Gill who also featured in Arachne Press’ Stations anthology, stands out as a story containing the microcosm of the work-life balance struggle in one day. It’s a story that doesn’t necessarily add much to the debate around working mothers – although surely few are juggling business flights between Heathrow and fog-bound Jersey with their husband’s London tennis club and babysitting – but manages to capture a fully-realised world, and marriage, in very few words. It left me torn between exasperation with the husband and admiration for the wife, and that, I suspect, was rather the point.

So, have I learnt anything about the experience of women? I think so. More importantly, this is a challenge to the idea that the male narrative is central – in literature, as in life – and I look forward to Words and Women: Two. Publishers take note: more of this sort of thing! 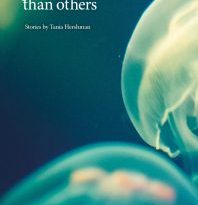 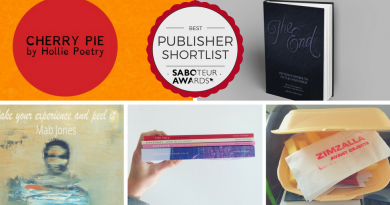