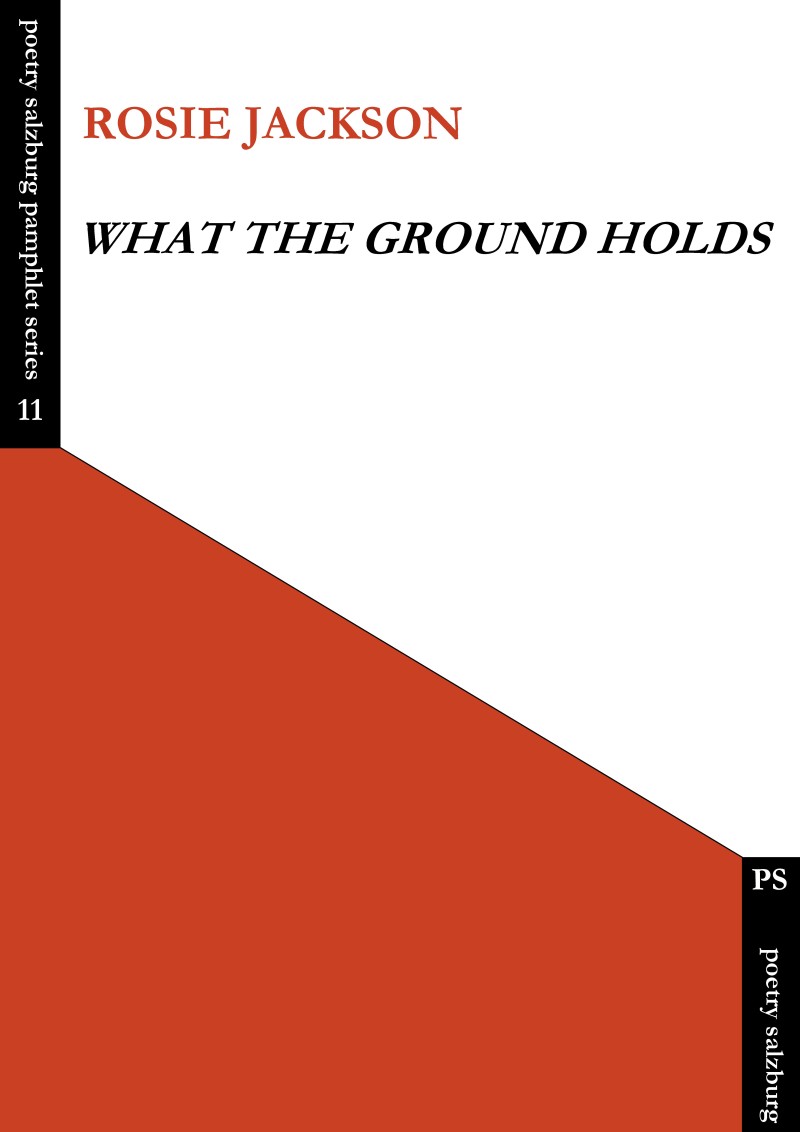 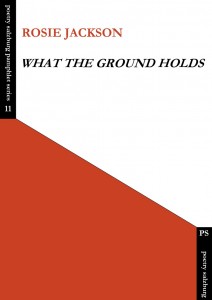 It’s interesting that Rosie Jackson’s What the Ground Holds begins with the constricting feeling of being beneath ground, trapped with Persephone in the grip of the earth, and it ends with a poem about Stanley Spencer that is titled ‘Resurrection’ which channels the feeling of being born again, escaping the ground and what it holds into lightness and airy afterlife:

Only this is not the last day,
but the first of an eternal summer

The discussion of life and death, the passing from one state to another is what stands out to me in this collection of poems. In the first line of the pamphlet, in the poem ‘Persephone’, the eponymous character states that:

I can’t tell you the terror of being down here.

However, that statement feels like a tease, because the poem, and consequently the pamphlet, does the opposite. The poem gives the precise and evocative details of being below, ‘the stench, the dark’ and the;

not knowing if you’ve imagined
the shape of a mother,
the flimsiness of a dandelion seed,
the joy of a feather

Persephone has a half-life, a unique time spent in the underworld as a guest. She gets to tell us, the reader, what it is like. She is a tourist there and, throughout the collection, Jackson slips below the earth to reflect on what it means to pass on to this other place. Death is a puzzle to be pondered over from different perspectives but it is not a collection that feels morbid because Jackson gives the contrast to that buried desolation, the feeling of being above ground, ‘this renewed miracle of sun on skin.’

The pamphlet opens with Greek mythology poems and throughout the collection takes on many playful guises, from inhabiting Leonard Woolf or speaking directly to Georgia O’Keefe, to imagining Lazurus as he stumbles from the cave, ‘past the boulder/

to a whole planet of light.’ There is this feeling of inhabiting other people out of curiosity, trying on different personas and I think that these poems work very well. It is always satisfying to get an interior perspective; a glimpse into a famous person’s imagined thoughts. These narrators are complex; we know they have no authority and are purely invented, yet they are skillfully rendered so I was able to suspend my disbelief and really enjoy their voices.

However, I felt that the poem about Picasso, ‘Picasso at the Café de Flore’, was less effective than the others of this type, because it mildly observes an imagined moment but doesn’t give the reader his vivid interior monologue like Jackson does in the excellent poem ‘Leonard Woolf at his Desk, 1940’. Jackson has Woolf saying,

Always she out-writes me, leaves me sitting at my desk
when she has long finished her quota of words
and slipped  outside, taken her body for a walk to the woods,
the river banks, as if it were a spaniel that needed exercise.

This is compelling because we know who he is talking about and can fill in the back story and the ending. The image of Virginia as Alice, too big for the house, her arms sticking out of the windows was delightful and original, one I won’t forget.

The collection loosely has two types of poems; the character poems as discussed above and first person narrator poems focusing on a memory, sometimes the recollection of childhood or the death of a relative or friend. In the poem ‘Having It All’ death is observed as grimly inevitable and accepted too meekly by the person dying. Jackson writes

How I want for you a different ending,

This feeling of intimacy was disarming at first, like straying into someone’s private writing, because it is so raw and honest. One of the poems, the title poem, made me shut the book with a gasp and a rush of tears – it was so heartbreaking. Yet after reading and re-reading the collection I found that the feeling of intrusion was replaced with recognition and a grateful appreciation; although these memories are personal, the feelings are universal which makes the collection accessible to any reader.

In the fourth poem, ‘Unpacking Pomegranates’, the fruit is dangerous, ‘une grenade – a bomb,’ and Persephone is mentioned again; ‘Demeter’s daughter mistakenly nibbles one’ and it is this that confines her to the underworld. If you eat the fruit, you get to see what the ground holds. This seems to be a metaphor about growing up, leaving the naivety of childhood behind, the place where nobody dies, to embrace the adult world where death can be brutal, swift and terribly unfair. Jackson writes that the fruit is not innocent, Dali’s ‘fat pomegranates splitting to give birth to savage fish / with savage tigers in their mouths.’

The title poem, ‘What the Ground Holds’, is a memorial for Lucy Tisserand Rouse (1976-2012). It is an especially poignant poem to read and combines the characteristic mix of being both above and below the ground; the line between life and death. The narrator reflects on the quickness of the death, using nature as a metaphor for the grief and suddenness of it; ‘birds fly up from the startled grass / and saplings bow in the rain.’ Jackson, as she does in the whole collection, gives precise details that are vividly described;

a willow casket drowned in petals
and this far too heavy earth
waiting to be shoveled back.

These intense moments, as Wordsworth called them ‘spots of time,’ experiences that can be recalled and used to later invigorate the poet, and subsequently the reader of the poems, are abundantly scattered throughout this compassionate and questioning collection.

So a particular vivid moment is captured by Jackson: the favourite red dress, the startled birds that flew from the grass, the taste of sweet black figs –it is these sensual moments that hold life above the ground, keep it aloft and refuse to let the earth take everything.

Frost in the Low Areas by Karen Skolfield

December 15, 2014 Editor Comments Off on Frost in the Low Areas by Karen Skolfield