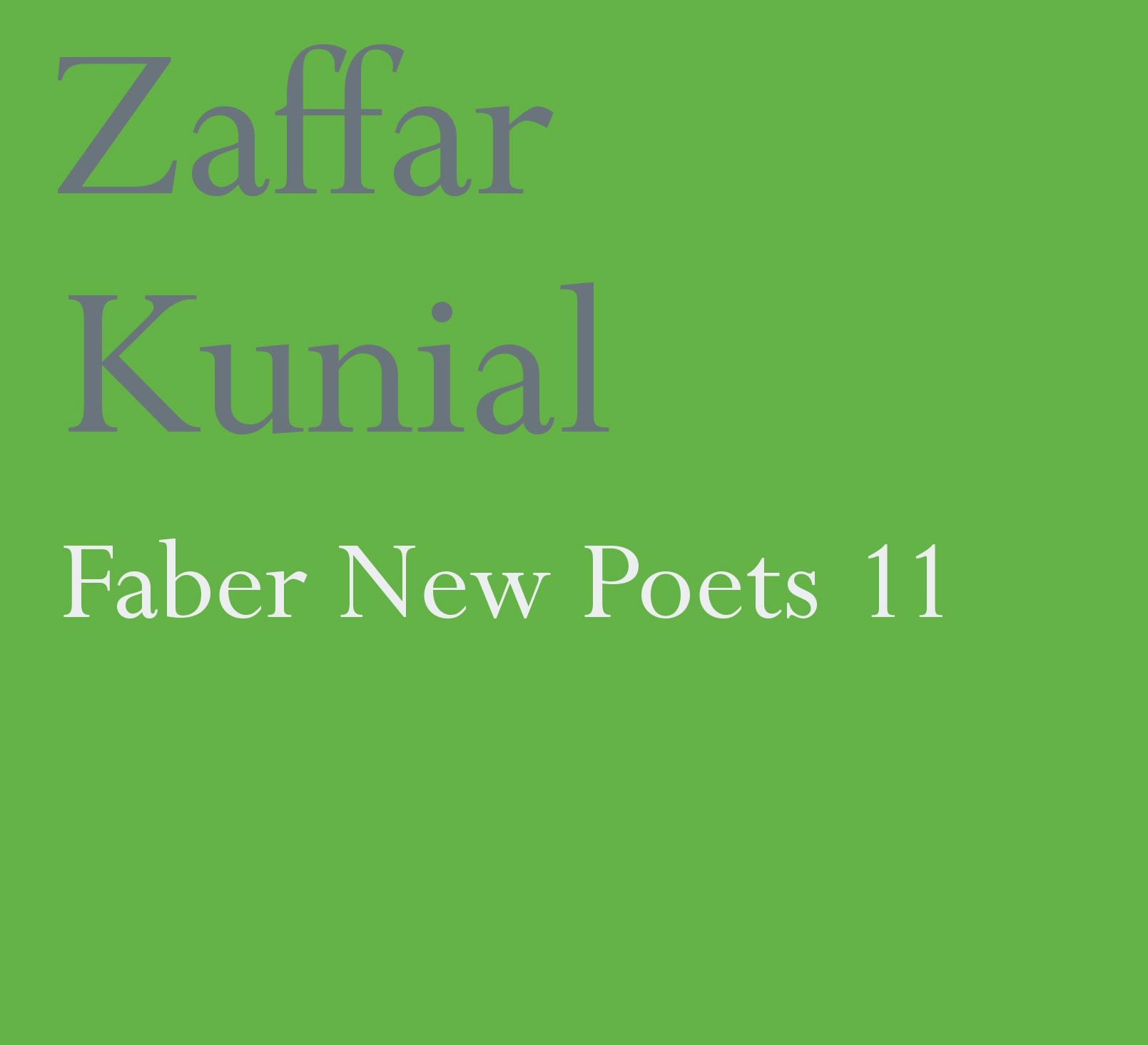 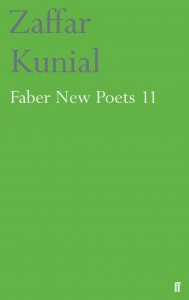 Origins and lineage––familial, etymological and literary––are Zaffar Kunial’s subject in his Faber New Poets selection, which opens with the poet abed on a summer afternoon. His father stands “in the door frame / not entering,” giving him advice, ‘Whatever is matter, / must enjoy the life.’ The poet hears the wrongness in his father’s adopted English, but sees the poetic rightness of it, too. He, Zaffar, is stuck indoors on a sunny day as idiosyncratically as this definite article is stuck between “enjoy” and “life.”

Beginning the selection with his father, Kunial ends with his mother, granddaughter of an innkeeper in Orkney. We thread our way through the poem, titled “A Drink at the Door,” as Kunial intends, with the needle of light, the light of the poet’s kindle, the lights in the pub that was once his father’s favorite haunt. With light, comes the image of refraction, reflected light, reflections in the glass. “Reflection,” is itself a “reflex’––a word formed by development from an earlier stage of language, from “reflex” as quick nerve, as we discover in Kunial’s superb poem “Placeholder.” The poem traces Seamus Heaney’s “Wordsworth’s Skates” to Wordsworth’s “Ice Skating,” in which the Romantic poet describes skating “across the shadow of a star” gleaming on the ice.  Revising the poem, Wordsworth replaced “shadow” with “reflex,”[1] whose 19th Century meaning was simply “reflection.”

And, beyond the grave
that fixed word’s meaning would still change the script.
Cold ‘reflection’ gave ground to a quick nerve—
till the star touched based, as the steel blade slipped
across that spot of ice—and scored deep space.
The slide in meaning fits this sliding place.

Looking on-line at the massive floods in the Pakistani village of Sindh in 2010, Kunial sees a photograph of the trees, “warped globes, veiled spectres of silk,” where millions of spiders were driven by the flood to spin their webs. The poet feels torn in two continents, two time zones, between “Worlds I can’t marry,” much as the American poet Amit Majmudar has experienced and express in poems of his multiple identities. In a strong series of ten haiku “from Empty Words”, Kunial writes,

In “Fielder”, the poet is a small boy playing baseball in a city in central England. He’s the outfielder, running to catch a ball, “that small, seamed planet, shined / on one half, having reached its stop, out of the sphere of sight.” The ball has landed in bracken––

caught by light
that slipped the dark cordon of the rhododendron hands,
a world hidden from the batsmen, the umpires, and my team,

Standing Rupert Brooke’s famous line “there’s some corner of a foreign field / That is for ever England” on its head, the poet perceives that the moment holds something of himself there “in that edgeland of central England”:

The whole field, meanwhile, waiting for me,
some astronaut, or lost explorer, to emerge with a wave
that brings the ball—like time itself—to hand. A world restored.

But in that bracken, the poet discovers he doesn’t care about returning the ball to the pitcher or catcher. “[T]he thing is,” he admits, “I didn’t care / and this is what’s throwing me now.”

Colloquialism is not Kunial’s strongest trope. Nor is he at his best when he becomes chatty or satiric as he does in “Us”:

When it comes to us, colour me unsure.
Something in me, or it, has failed the course.
I’d love to think I could stretch to it—us—

but the waves therein are too wide for words.

Kunial is best with complex figures—the baseball diamond as a figure for the world, or as in “Liquidity,” punning—but serious––-on the shipwreck that almost lost  Archimedes’ manuscripts, or as in  “The Lyric Eye,” where Shakespeare becomes a figure for the artistic soul. In this poem, the poet stands before the famous painting of the Bard, and sees his own shadowy image in the glass:

I can place my eyes––glazed over your stare;
let you lend me your ear, your famous cheek;
let the flare of your nostril stretch thin air;
even try on your earring, from five feet,
four centuries apart.

Kunial shows this skill with historical figures in “And Farther Again,” which uses the ancient symbol of Three Hares––“each chasing the scut / of his dead spit in front”–– standing variously for the “circular theme,” for eternity, the trinity or as a Sui Dynasty hieroglyph for the verb “to be.” In the poem, it is, brilliantly, husband and wife and marriage counselor, each therapeutic hour “a strange loop / where split hairs went // back and forth, over a hook a theme to our patterns, / the gaps in the listening, repeated / to no end.” Kunial addresses the poem to a woman; it is to her he gives a tile of the Three Hares, as a gift to put above her lintel. The poem closes with when he realizes he must step out of the room with the “three-//chaired counseling”:

you put the tile down––we can’t get back;
you’ve moved on.

[1] However, the version of the poem on the Dove Cottage and Wordsworth Museum website retains the earlier version. 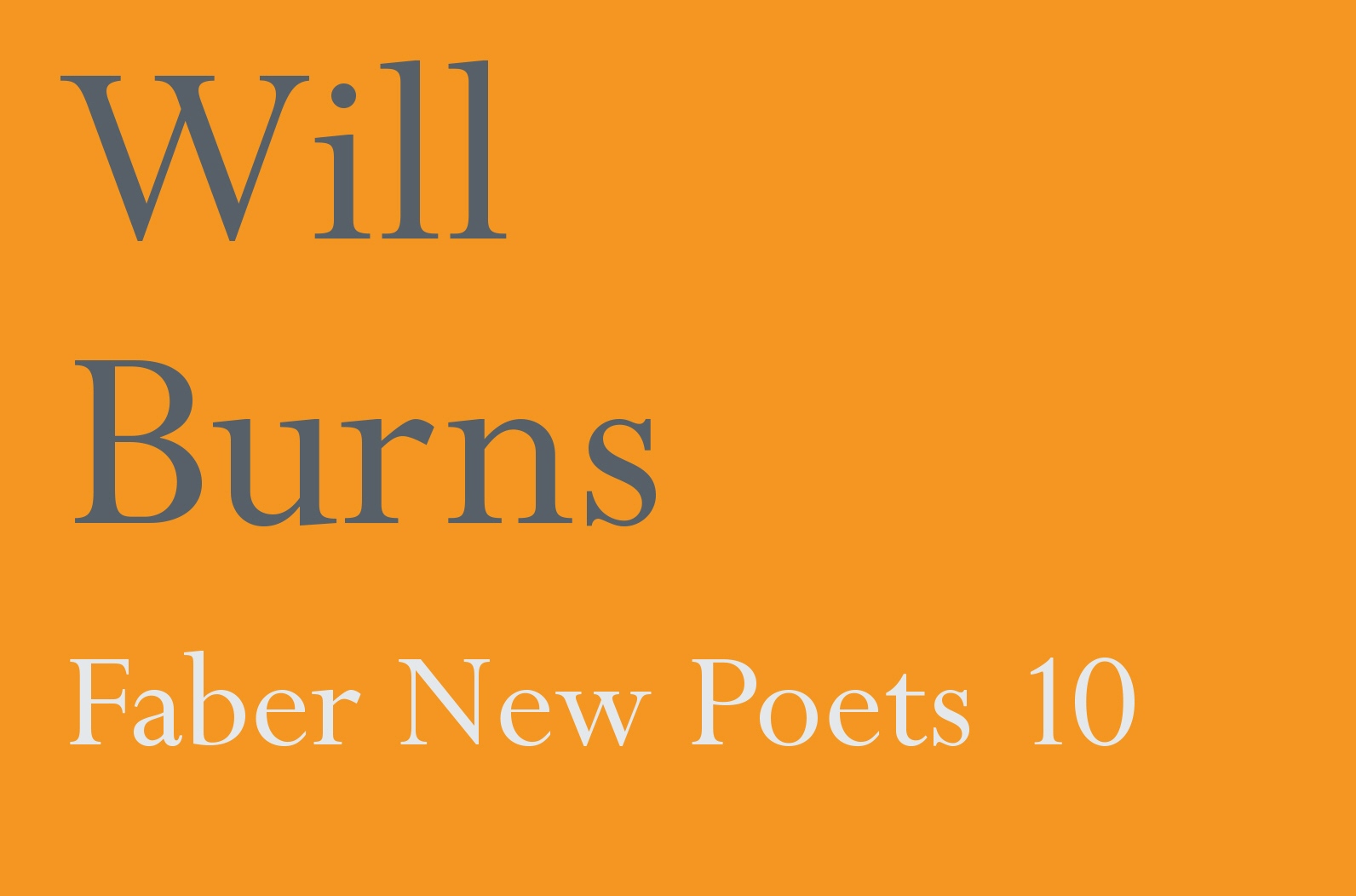 Faber New Poets 10 by Will Burns 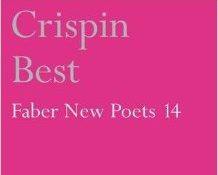 One thought on “Faber New Poets 11 by Zaffar Kunial”