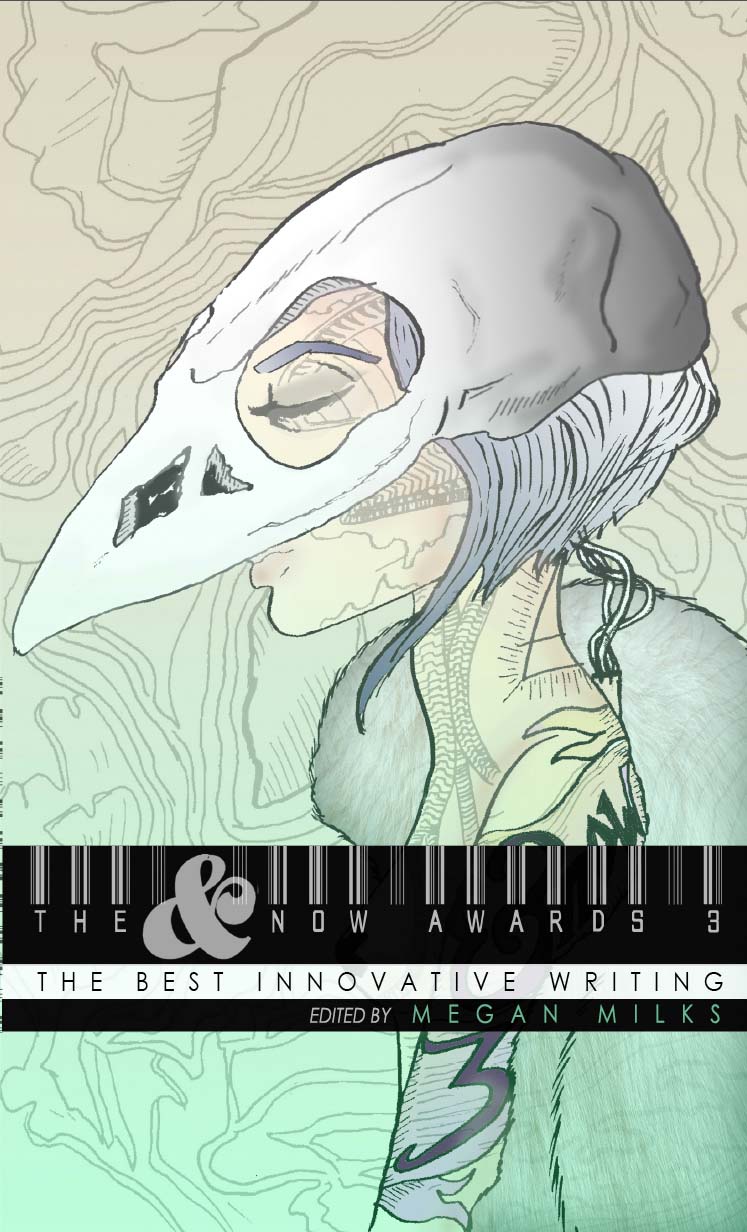 It is impossible to do justice to The &NOW Awards 3 in a review which spans a bare thousand words. It is impossible to touch on every author represented (there are about fifty), or to give a detailed analysis of every piece which composes this book. In this review I have focused on a close(er) analysis of pieces by four authors, chosen nearly at random, in order to provide you with a taste of the type of challenging, deeply thematic, beautifully experimental work collected here. In her introduction, editor Megan Milks provides a near-perfect analogy designed to familiarize uninitiated readers into the weird world of modern experimental writing. She says:

A while ago, on Tumbler: an image of a figure in a psychology textbook circulates. The figure presents two stacked photographs: a robin and a penguin, respectively. Below the robin, a caption reads, ‘(a) Most people have a prototype bird that captures the essence of ‘birdness’ and allows us to quickly classify flying animals correctly.’ Below the penguin: ‘(b) When we encounter an example that doesn’t quite fit our prototype, we need time to review our artificial concept. Because the penguin doesn’t fly, it’s harder to classify than a robin.’ Beneath this two-part figure, a third caption reads, ‘Figure 8.2 Some birds are ‘birdier’ than others.’

There are a lot of penguins, here, as well as a flock of flamingos, and at least one flying squid. 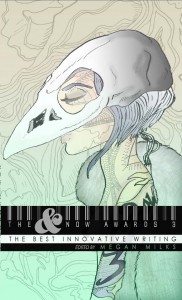 There is also a strong, if unstated, ‘kill your father’ theme running through the pieces in this book. In order to plant new crops, sometimes the old field must burn. In order to inherit the throne, your parent must die. Secretly, symbolically, a great many of these stories are murdering the movements that have come before and making puppets of the corpses. In ‘Imperator’ Diana George flips the coin of expectation and reveals an ancient truth; all new life emerges from the flesh of the dead. One of her shipwrecked survivors says, ‘Let it be yours to imagine the joy born fresh out of terror, the rapture of escape from durance, the wondrous reprieve from dread.’ And she isn’t wrong, though we don’t need to imagine it. She’s painted the picture, true and complete:

‘We took to wandering below decks. Outside, perhaps, were whitecaps, booming swells, the pitch and roll, the brilliant sun. We knew nothing of all that. We followed narrow corridors lit by yellow bulbs in wire cages. I climbed down rungs bolted to walls, Weser on my shoulders, her fingers clutching my hair. We descended. Conduits on corridor ceilings sweated. A rusty grime prevailed. The air scarce rewarded breathing: a hot, dense fug of oil fumes and bilge reek. This far down, the sound of the ship was a thrumming amalgam so loud it subtracted the auditory from the world of the senses, from the world itself.

Most of the writers presented here haven’t broken through, yet, into the mainstream. Some, like Jeff VanderMeer, are very well known. The author of the heady and psychedelic The Southern Reach trilogy uses his pages in order to explore the themes of loss and transformation. ‘No Breather in the World But Thee’ spins on the axis of physical transformation. This story is, like many of the others, full and brimming with the pink froth of death (with nods to Weird-Horror heavyweights like Laird Barron and John Langan) but out of the wreckage we see glimpses of something new and terrible (in the oldest, near-transcendent sense) being born. In this story, there is a witness to the end of the world:

So he slid and pushed, still hopeful, losing more flesh and tissue and bone fragments, down the bank of the river, and by an effort of will he managed to whip his head around to face the water. There, through his one good eye, the cook saw his lover and the little girl and the lady of the house and the doctor and the maid and the butler, and the scientist…they lay at rest at the bottom of the river. Waiting with open, sightless eyes.

Matt Bell’s contribution is an excerpt from his novel, In the House Upon the Dirt Between the Lake and the Woods. In this dark, surreal offering we are invited to watch a marriage catch, sputter, and begin to gutter in a pool of sour melted tallow. The story is, in some ways, a send-up of a ‘traditional’ marriage. The man builds a place to live in, the wife feathers the nest, sings (she literally croons possessions into corporal form) and grows full with children. But the balance cannot stand. The children die. The marriage begins to fail. And, like Cronos, the man begins consuming what his wife produces:

Then no kiss at all, but something else, some compulsion that even then I knew was wrong but could not help, so strong was my sadness, so sudden my desire: Into my body I partook what my wife’s had rejected, and while she buried her face in the red ruin of our blankets I swallowed it whole—its ghost and its flesh small enough to have in my fist like an extra finger, to fit into my mouth like an extra tongue, to slide farther in without the use of teeth—and I imagined that perhaps I would succeed where she had failed, that my want for family could again give our child some home, some better body within which to grow.

Fitting into the themes of this anthology, holding on to the old ways (in this case the ‘traditional’ roles of a marriage – but it works for writing, too) is the surest path towards brutal destruction.

Finally, I’d like to focus on a poem taken from another anthology, Troubling the Line: Writing from the First Anthology of Trans and Genderqueer Poetry. Duriel Harris’ poetry shows (with great power) the price of attempting to hold onto a way of viewing the world that is no longer viable:

“It is velocity that penetrates”

It is velocity that penetrates, the bullet offers.
Scratching at the name you will inherit,
Envy, a jet stone claw mounted in silver,
Dislodges something you imagine and safeguard without knowing.
Carrying a verdant seeking, the bullet’s hollow skull knocks against yours.
Your mouth closes against the sweetness of sudden cold.

Harris’ poetry is uniformly visceral, powerful, with a strong edge. Like every other offering in The &NOW Awards 3 it is not for the weak of heart. But the themes of transformation are stunningly redemptive.

Before rebirth, comes death. It is inevitable. This anthology is rather like the cloaked harvester in the Tarot deck, scything the field clean so that new wheat can grow. The harvest is good. It will be interesting to see what comes next. The work in The &NOW Awards 3 is not the future of writing, or at least not literature’s only future, but it is a strong infusion of new blood into a stream grown pale and weak with loss of iron. There are writers here whose work deserves exploring and I regret being unable to say at least a few words about all of them. The only thing that I can suggest to remedy that lack is that you pick up your copy as quickly as you can. 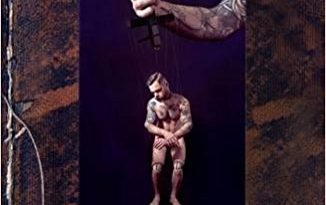