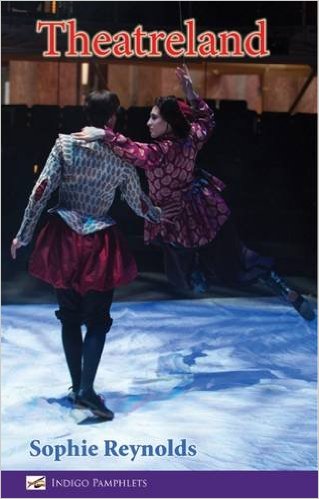 How to summarize Sophie Reynolds’ Theatreland? You could say the poems are snapshot reviews of plays she’s attended – all of the poems were originally published on her website Haiku Review. However, that’s not quite the right description, as the poems rarely make value judgments on the plays, instead they’re more of a record of an ephemeral experience.

Each poem’s title is subtitled by the theatre’s name and the date of the viewing experience. Reynolds has chosen to sequence her poems in reverse chronological order, starting in July 2014, and ending in June 2012. It’s an intriguing decision that makes the plays tail off into the past. The pamphlet form ideally suits the material then.

‘Adler and Gibb’, named after a strange conceptual play (or ‘art about art about art’), both seems to try and impose a narrative on the play while also enjoying the space it inhabits:

You broke the locks
and forced your way into a world
where you are not wanted.

Deep in the woods,
a house that once was love
and now is nothing.

Other poems are not so strong, succumbing to the romance of a situation and forgetting to make it new, as is the case with ‘Shakespeare in Love’:

Poet of Cheapside,
pressing love
onto a page
with sighs of ink.

Shakespeare is a somewhat dominant force in this pamphlet with 9 poems out of 32 involving him in some manner. The image of ‘Terra-witches’ in ‘Macbeth’ is quite marvellous, but the ‘Beatrice strong as steel’ of ‘Ellen Terry with Eileen Atkins’ does nothing for me. Considering how well known these characters are, compared to the more recent plays Reynolds writes about, it’s a shame she doesn’t always push her writing into more unexpected territory.

I am forgetting the spirit in which these were made of course, these are poems intended for a readership that might have just seen the play or intended to do so shortly, and perhaps that makes my dismissal of certain poems unfair. At the same time, they’ve been published, suggesting that they are sturdy enough to be observed outside of their natural environment. Are they? Mostly, yes, actually! 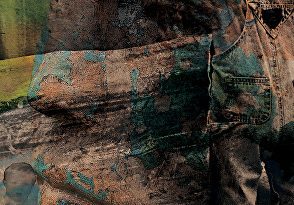 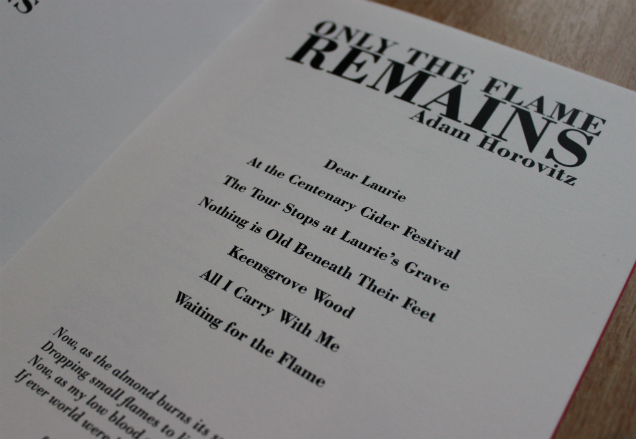