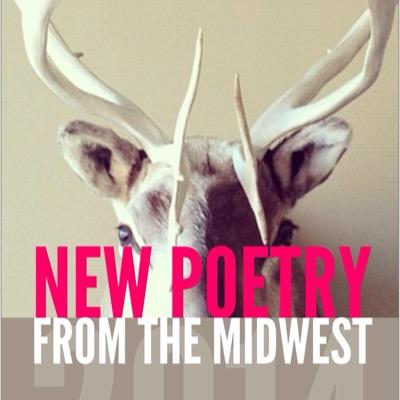 New Poetry from the Midwest, an anthology from New American Press, seeks to highlight the work of Midwestern writers, whilst also challenging Midwestern stereotype with a collection that, according to the editors, ‘resists cohesiveness’. Indeed, there is a range of humour, moods, settings and forms in this wide-ranging anthology.

The offbeat faux-profundity in Nin Andrews’ ‘A Glossary of Deirdres’ marks out expectations for something different early on:

My life after Deirdre. Also, the term I use to refer to all the women I dated after Deirdre  left me. She’s an après-D., I’d sigh to myself.

Glancing down or away whenever I asked her questions, she took to wearing sunglasses day and night.

Andrews’s poem highlights the absurdity of relationships and break-ups through the bizarre behaviour of Deirdre. The humour is offset by brief moments of poignancy, in which the speaker reveals the suffering caused by the relationship:

The Deirdre I told my friends and family about.

Familial relationships are also explored in this anthology, most notably in Caleb Curtiss’ ‘A Taxonomy of the Space between Us’. The poem categorises ten aspects of space between Curtiss and his brother:

have bent and expanded,

The poem concludes ambiguously, stating that the space is:

predicated upon the fact that we still are (10),

and will remain being

There is a sense of hope in remaining alive through one another, but the space reminds us that there is also distance and disconnection.

Curtiss’ poem is perhaps the most experimental in the anthology, followed by an essay ‘about how memories are disorganized, about the longing I have for my brother and my sister and my sister who is dead.’ The essay follows the ten points in the poem, and elaborates on these ten points through sub-sections ([a] and [b]). It is possible to argue that this essay is, in fact, a prose poem, as the language and images are poignant and revealing:

Relationships between women are also a prevalent theme in the anthology. Jennifer Jackson Berry’s ‘A Story of Girls’ focuses on friendship and growing up (i.e. learning about sex):

We stopped short of kissing, never
even practicing on fists in front of each other.
At sleepovers, we’d take turns:
Sarah, the flat one, never liked showing,
and I had adopted the quick flash.

The poem captures the fleeting nature of innocence, as the poem’s speaker states: ‘I would soon realize the boys knew/ even more than we did.’ Berry’s poem is also interested in the idea of knowledge and its acquirement: ‘I knew any adornment on my left meant/ I was available – bit of wisdom from my mother.’ The poem’s speaker is all too aware that knowledge is not necessarily positive; she states: ‘I hoped the boys would keep grabbing my hair/ like handlebars’, wishing to hold onto her innocence for a little longer.

Nancy Reddy’s ‘Divine and Mechanical Bodies’ surreally captures the speaker’s sister’s illness by transforming her into a crow:

–––––my sister gathered all the shiny things. She plucked
the buttons from our parkas and strung them from the bedposts,
–––––lined the closest doors with tinfoil and propped
the silver-plated serving trays along the dressers

so that everywhere she looked
she’d see her own eyes looking back. She wouldn’t speak.

Reddy’s poem is imbued with a sense of being unable to understand: although the sister is a crow, fascination with ‘shiny things’ is usually attributed to magpies. This subsequently suggests the disorientation caused by dealing with the illness of a loved-one: while the speaker tries to understand her sister, she is still distanced from her, running ‘the cinder track around the football field for hours.’

There are poems in the anthology that are more typically ‘Midwestern’, particularly Jeffrey Bean’s ‘I Come from Indiana’. As with several contributions in the anthology, Bean’s poem is preoccupied with space, on this occasion physically so:

I come from Indiana, where the shoulders of the ground
grow hairy with grasses, where anthills swell up
into heat and the smell of tar shimmering over roofs.

Indiana is not only a place, but a living, growing entity to the poem’s speaker. Its strength suggests that it is almost monstrous. The body and the land are inextricably linked: as the earth moves like a person, the speaker walks ‘wearing nothing but a huge coat of corn’.

The body and land are also linked in Lyn Lifshin’s haunting ‘Thirty Miles West of Chicago’. A sense of being haunted is created in the ghostly image of the paint chipping: It’s so still you/ can almost hear it/ pull from a porch.’ The poem’s eerie tone is continued with an image of ‘cold grass claws like fingers’ suggesting that the land is haunted or monstrous.

The poem then changes perspective, moving closer to an unidentified man:

listening, watching,
as if something
could grow from
putting a dead child

The interruption of the three-word line in this stanza is halting, placing emphasis on ‘dead’, therefore shocking. In this poem, the relationship between body and land is negative: the death of a child is not part of a natural cycle, and therefore prevents the most natural thing the land can do.

The editors’ claim that the poems in the anthology ‘resist cohesiveness’ may be a little misleading (in a positive sense). The poems in New Poetry from the Midwest seem to belong together because, largely, they are concerned with relationships: romantic, familial, hostile or friendly. Whether humorous or poignantly reflective, the most successful poems in this anthology are those that create concrete, vivid characters or settings, and focus on details. 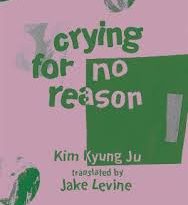