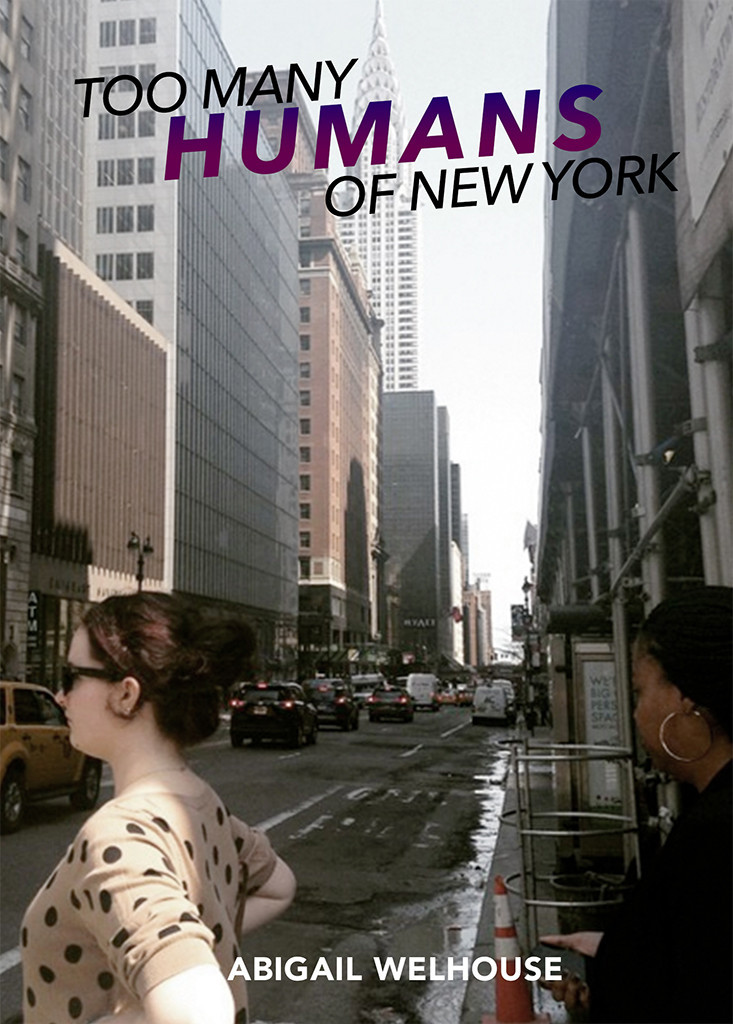 Abigail Welhouse is walking around New York in wet pants:

It’s only 11:37 AM on Monday morning but already it’s been a day, a rainy day,
a day running for the subway and barely catching it,
a day panting with wet pants and arranging my umbrella

[from ‘Report from New York III’]

The wry observations, streams of consciousness and general happenings that make up Too Many Humans of New York point to the particularly prominent influence of Frank O’Hara. It has been said that O’Hara wrote 21st century poetry in the 1950s, and his is a fitting idiom for picking apart modern times: his minute by minute, ‘I did this, then I did that’ updates are the perfect mirror of a Twitter or a Facebook feed. Perhaps one of the reasons for O’Hara’s current omnipresence is that modern communication has evolved in a way that suits his poetry. By luck or intuition, he anticipated a change in our use of language.

The bad thing about writing like Frank O’Hara in the 21st century is that it has been done, over sixty years ago, by an exceptionally talented poet. He is a better poet than almost all of the young writing in his shadow. Abigail Welhouse has to contend with this on her lunch break:

Cheesecake is still for sale in New York, has anything changed? Although some of the cultural references would be unrecognisable to poets of the fifties and sixties, Welhouse’s city is still the iconoclastic New York that has always been a great home and inspiration for poetry.

We learn a great deal about Abigail Welhouse’s life: the books she buys, the bagels she eats, the friend requests she receives from ‘strange men’ on Facebook. Much as on social media, reading about someone’s life is only interesting insomuch as the person relating it is interesting. Fortunately, I do find Welhouse interesting: her love of Dawson’s Creek, her finely tuned observational eye, the sense of a deep emotional investment in her surroundings. She has a captivating presence, and her poetry contains some pleasing details and remarks:

Anyone now can send you a message!
There are seventeen different ways to send a message.
The first one is pull my hair.

A lightness in her subject matter and tone makes her poetry easy to read, a quality abundant in the New York School poets that her poetry emulates. It’s not the objects that are important to Abigail Welhouse but the feelings we attach to the objects. We learn more about the author in ‘Manhattan Abigail’:

Manhattan Abigail doesn’t like to go places. People compare her
to Greta Garbo, which is an idea that she planted in their heads
but pretends it was their idea

In this poem and others there are echoes of the elegant world of Bernadette Mayer:

[from Bernadette Mayer’s ‘We Eat Out Together’]

The poem ‘Watching a couple fight on the D-train during my Monday morning commute’ opens with with the sexual tension of a Tennessee Williams play. Welhouse is doing exactly as the title suggests, watching a man and a woman arguing on the subway. The poem switches from the fight to her own thoughts and back, before fading into a contemplation of her love life, or the times she’s been told ‘I love you’. The ebb and flow between the arguing couple and her own musings help to bring the reader into the moment. The poem ends when the couple get off the train.

In ‘Milk and Roses’, the elephant in the tea room enters the lunch break:

Frank O’Hara defended the right to write poems during lunch
and to have them be funny if he wanted.
It’s easier to be funny when you’re not trying to be funny.

Unfortunately, in most cases, being funny in a poem does require effort: a funny joke without hard-won skill quickly becomes an unfunny joke. In Too Many Humans in New York Abigail Welhouse tries and, more often than not, she succeeds. She is an amusing poet with a keen eye for the many worlds around her and an ear to the ever-changing paving stones. A creative spirit with an imaginative approach to writing, certainly someone to watch out for in the future.

August 2, 2016 Becky Varley-Winter Comments Off on Strangers Like You by Mark Mansfield 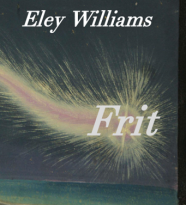