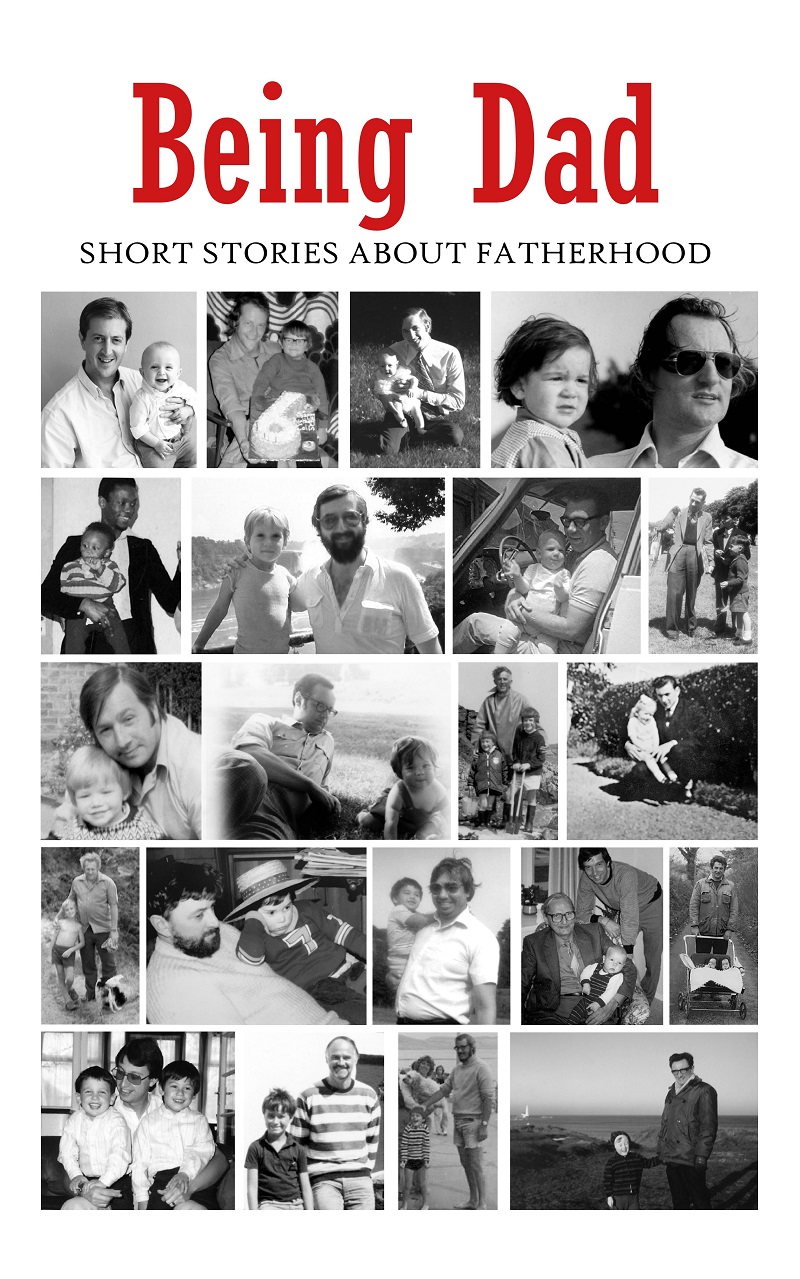 Forgive me for bringing a shed-load of politics into this review, and arguably swamping the book with this stuff, but I felt it was important. It seems a big part of the context of this book, not perhaps in the initial writing or editorial process, or even the inspiration behind it, but in the reception of the book itself. This is the world the book has been launched into. Besides, the knowledge of the outside world brought to a book by the reader is an important part of how a book is received, and the political background is what’s stayed with me and nagged at me for months after reading Tangent Books’ anthology Being Dad: Short Stories About Fatherhood. I’ll get onto a look at the book itself eventually, so please bear with me. 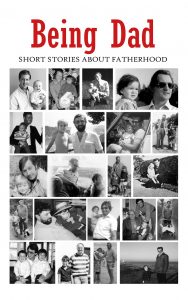 While you might think that the last thing the world needs is a collection of stories by men about men, being men – what, another one? – Being Dad, edited by Dan Coxon, mitigates that by having these men write about their families and their care-giver role, which is perhaps a less well-explored aspect of the modern Western man. In a world that complains about women breast-feeding in public, it’s worth being reminded that men can be parents in public too.

It seems in the last couple of years that there’s been a rise in the idea of a men’s rights movement, and an attempt to place men and their concerns back in the centre of public conversation and thought. From university student unions appointing Men’s Officers to Red Pill activists and international pick-up artists, a whole lot of men have been getting vocal about the injustice of a society they feel is leveraged against them, and empowering men again. Not so long ago, it was just Fathers 4 Justice activists dressing up as Batman and climbing things; now it’s the matriarchy being blamed for mass murder and the alt-right getting their guy into the White House. In August, it was ‘How to make women happy: uninvent the washing machine and the pill‘, so they can get back to the cleaning and child-rearing that made them so happy and fulfilled back in the good old days.

These are the people who Toby Litt’s main character in ‘Paddy and K’Den’ is trying desperately not to sound like when he complains that a student of his – a ‘rich, spoiled’ one, not getting the grades she wants – has discredited him by using the Muslim Woman card against him as a white man. He treads a fine line, and just about stays on the right side of sexism, racism and religious discrimination, but his victim’s stance does come close to the complaint of (primarily white, predominantly male) groups complaining that they can’t say what they think any more in case it’s politically incorrect. That the character is aware of that line, that he sounds like he’s ‘from the 1950s’, and that a student can be both a Muslim woman and a student angling for better grades without conflating those identities, is his saving grace.

One of the narratives around the 2016 US Election runs that voters from the former industrial heartlands of America – male and female – felt left behind by an increasingly globalised society, which had shifted industrial production to countries with cheaper labour, and they didn’t know where they fitted in any more. The same can be said of the men’s rights movement: it represents men who aren’t sure where they fit in a society that affords such freedom of opportunity to women, a society in which people are not required to fill the same gender roles their parents might have been, and indeed roles that have been in place for generations.

There are genuinely male issues that are worthy of public discussion in a specifically male context (I don’t mean things like, say, national security, a ‘traditionally male’ area – because of guns and fighting – that’s actually a ‘people’ issue, or pre-school childcare, traditionally sidelined as a ‘purely female’ issue – because of children and nurturing – that’s also actually a ‘people’ issue). But you can talk about these issues without blaming women for them, or trying to turn back the clock to the 1940s.

For example, the biggest cause of death among British men under 50 is suicide (Samaritans’ report for 2014). Not cancer, not heart disease, not even violence. The same is not true of women, not by a long way. So, it seems to be a male issue. The male suicide rate has risen following 2008’s recession and subsequent rise in unemployment (the formerly industrial North West having the highest rate in England in 2012) and the threat to the traditional male role of breadwinner and provider for stay-at-home mothers (who, not coincidentally, are more likely to be working themselves these days). Being Dad‘s blurb explicitly draws attention to the change in roles: ‘Gone are the simplistic gender roles of yesteryear […] More dads than ever before are staying home to be full-time parents […] those that work often find themselves part of a working partnership’.

Nicholas Royle’s story, ‘Nothing Else Matters’, features a father playing snooker with his teenage son, whose friend has recently committed suicide, and the father worries for his son and his whole generation. These are young men facing uncertain futures with their traditional role – the roles they see their fathers filling – under threat and no obvious alternative on offer. They’re under pressure from that, and also all the usual pressures of being young and finding their way in the world. They won’t talk about it, though, because talking about feelings and emotional wellbeing are subjects that traditionally belong in the female sphere of conversation, and so those thoughts and feelings get bottled up and repressed. I’m not saying only men do this, but traditional gender roles restrict male expression of complex inner feelings and requests for help rather more than they do for women. The son’s emotional state is as much a mystery to his father as the deceased friend is, and he himself is no doubt just as much a mystery to his son.

In a similar way, traditional gender roles don’t focus on men as care-givers, and place that responsibility much more with mothers. Hence Nikesh Shukla’s narrator in ‘The Dandhiyas’ is bemused, and a little frustrated, when people praise him for checking on his infant daughter and doing much the same as the child’s mother – the difference is that they expect it of her, but for him to provide parental care is some sort of optional extra. Shukla’s story is more about racial diversity than it is about perceived gender roles, however, and it’s a candid message to a daughter growing up with a mixed racial heritage in a society likely to exoticise her like it has her father.

It’s not the only story concerned with what a father leaves or passes on to his children. The opening ‘A Father’s Arms’ (Dan Powell) features a father haunted by the ghostly presence of his own father, dishing out advice about the children born after he’d died – frustratingly for his son, who wants some newer advice, and who has a good line about parenting all being in the present tense. The anthology is rounded off with Samuel Wright’s ‘What Was Left’, in which a new father hears of the death of his own father – a stranger to him – and is left to fill in the blanks of the older man’s life, while wondering if he can avoid the same pitfalls with his own child.

There are other themes at work here, including a good riff on responsibility versus irresponsibility and the need to grow up as a father (‘The Jim Hangovers’ – Rodge Glass – every bit as reminiscent of a youth well-lived as it sounds). There’s also a fun bit of nightlife adolescent coming-of-age in Courttia Newland’s ‘Sound Boys’, and a touching account of loss and coping as a widowed father of two girls in Iain Robinson’s bittersweet ‘In The Marshes’ – both of those I’d have happily re-read as soon as they were finished.

Ultimately, it’s an enjoyable and varied read. There are some absent fathers, some hands-on fathers, and some men contemplating their status and lives as fathers. Far from advocating the vindictive side of the men’s rights movement, Being Dad explores the gentler side of paternal responsibility and places men in a care-giver context that would sit at odds with the alt-right. There isn’t as much politics as I’ve perhaps made out here, apart from the small politics of the everyday, the thousand tiny interactions that make a relationship. The heart of this anthology is that relationship between a father and child; that’s what’s animated the editors, the writers and, no doubt, will animate readers. 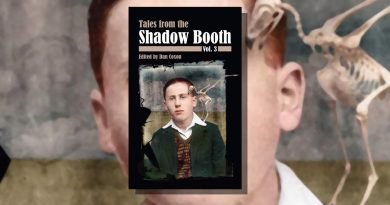