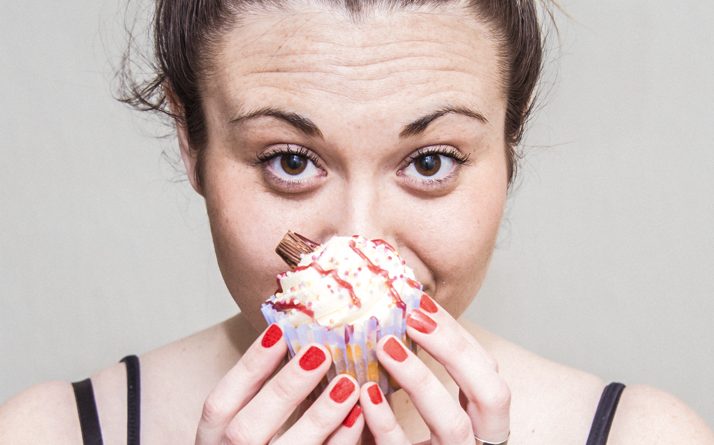 This year we piloted a new initiative at the Saboteur Awards, which was to include an ‘Editor’s choice’ for each shortlist. In each case, an editor at Sabotage Reviews was asked to select a work or person that they felt merited to be included, and might not be otherwise. Now that the awards are a month behind us, we feel it’s safe for our editors to reveal the reasons behind their selection, without fear of influencing the voting!

In the ‘best magazine’ category, Butcher’s Dog distinguished itself as editorially crisp and varied. Beautifully produced, with an appealing immediacy that tended less towards polite chat, and more to presenting page after page of addictively good poetry.

When it came to nominating someone for Best Spoken Word Performer, I was, of course, faced with a huge choice of dazzling spoken word artists. In the end, I had to go with the poet whose intense-but-understated performance stuck with me the longest and whose incredible language I still find rattling round my brain now and again. And that has to Caleb Femi, whose performance at the Hammer and Tongue National Final put shivers down my spine and whose turns of phrase continue to haunt me. A cracking poet that left me heart-eyed.

We have lots of lovely reviewers who generously volunteer for us at Sabotage, and we’re really grateful for their time and talents. It was good to have the chance to nominate one of them. Jess’s reviews stood out for me because they are always beautifully written, sensitive and attentive to the subtleties of the work she reads. It’s always a pleasure to receive reviews that barely need an editor.

Tony White’s Zombies Ate My Library is part of a commendable project all around reaching new audiences with digital technology, and using digital tech to tell stories in different ways, but also revitalising public libraries, which I’m all for (plus, it’s mostly involved libraries in the West Midlands, which is my home turf, so there’s that in its favour too).

Now in its seventeenth year, WORD! is the Midlands’ longest running spoken word show, and for a long time, the only spoken word night in Leicester. Tirelessly and enthusiastically compered by Lydia Towsey and Pam Thompson, the first Tuesday of every month is WORD! night, and operates a 16 open mics, two headliners, one interval (and raffle) format. In recent years, pre-show writing and performance workshops and performance masterclasses are available with one of the headliners – an impressive line up including Penelope Shuttle, Rosie Garland and Mark Pajak.  WORD! is a warm, inclusive and vital part of Midlands’ word culture.

Best Collaborative Work was a tricky one to choose and elicited quite a lot of debate with regards to eligibility. I was torn between two fantastic collaborations: Poetry on the Picket Line, and Lustful Feminist Killjoys  by Anna Percy and Rebecca Audra Smith. In the end, I decided on Poetry on the Picket Line for the great work they do in bringing poetry to protests, which not only introduces poetry to new audiences, but also adds a new dimension of support to these necessary protests. In a time when governments around the world are trying to squash the voices of the masses, it’s great to see poetry standing at the frontline here, reminding us that art doesn’t just reflect the world but can change it too.

Digital writing doesn’t tend to perform well on the Saboteur Awards shortlists, so I was keen to use my choice to bring something a little different to the table. I had read J.R. Carpenter’s The Gathering Cloud some months before and thought it would be the perfect example to bring to a wider audience: it’s a witty web collage which also brings to light the big environmental impact of Cloud storage, something many people aren’t aware of.

I was a bit daunted at first: had I read enough to choose well? First of all, I ruled out works that had already received a prize, as I wanted to pick something that hadn’t already been awarded. I then went to the Poetry Library and read as many pamphlets from the past year as I could, as well as considering those that I had already read.

However, when it came to choosing just one work, I found myself returning to Emma Hammond’s Waves on a boring beach. It wasn’t a calculated choice at all. I was drawn to her knack for surprisingly-perfect descriptions, often making me nod, startled. She moves from apparently pedestrian settings into dreamlike flights with agility and unforced humour. Beyond that, her pamphlet moved me strongly. I’m often drawn to works that feel organised by life, rather than having a firmly-imposed theme: by attending to a particular location with a warm gaze, this pamphlet reflected, in a tender way, the pattern of the year. Particular poems stayed strongly in my memory: the final poem, inspired by ‘The Frog Prince’, became a quietly hypnotic tour de force.

When I first launched the Saboteur Awards in their current form, I felt sure that the category of Most Innovative Publisher would attract the likes of zimZalla, but it hasn’t always worked that way (which is of course the great thing about democracy!) However, when given the opportunity to pick one for this category, I couldn’t resist bringing them into the mix. zimZalla are a publisher of objects, they are innovative in the way they present poetry and turn it into something to be interacted with, whether as a game, teabags, and the occasional pamphlet, such as Emma Hammond’s which, by complete coincidence, was also an editor’s choice. Something in the air?

Maria blends spoken word, storytelling and dance in her debut show, and made a big impact at festivals and venues around the country during 2016, including a good run at the Edinburgh Fringe.  Tackling the weighty issues of body image and eating disorders in a fresh and original way, Maria explores her relationship with the F word (food) in a funny, moving and accessible way. A charismatic and powerful performance.

This is fun and I enjoy a compilation of stories covering the same theme or set of events from different angles. Yes, I am belatedly aware that both of my Editor’s Choice selections feature the brain-munching undead, but I promise that that’s purely coincidental. 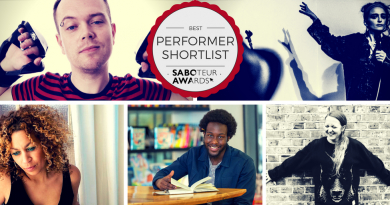