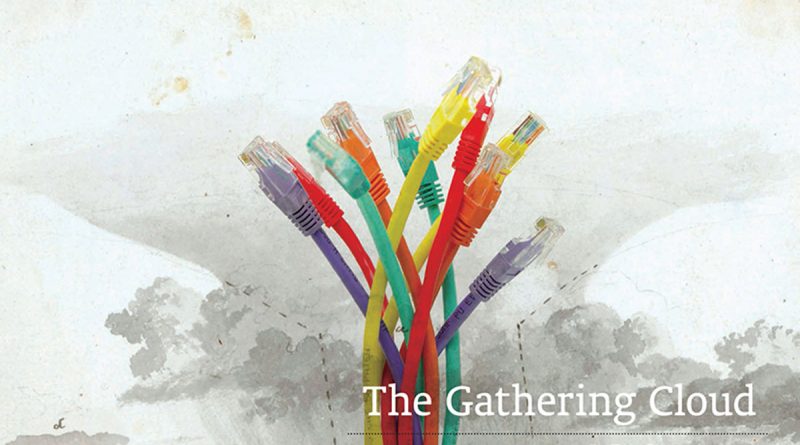 The Gathering Cloud is a long poem in two parts, the second of which is a printed page version of J. R. Carpenter’s digital poem of the same name. Its central conceit is at once obvious and intriguing: what is the difference between a cloud in the sky and a cloud that stores data?

The book is prefaced by ‘An Index of Objects’, an alphabetical list of 56 words, from ‘aerosol’ to ‘wind’, including animals (‘bird’, ‘cat’, ‘elephant’, ‘fish’), words that relate to climate (‘lightning’, ‘mist’, ‘rain’) and words that connect to information (‘computer’, ‘data’, ‘journal’, ‘language’). Throughout the rest of the book, these words are printed in a lighter shade, an aesthetic that is more familiar in digital reading, where keywords are hyperlinked to a list of pages tagged with the same word.

An introductory section refers to the catastrophic storms in south-west England during February 2014, represented by a series of uncaptioned black and white photographs of the sea and the sky at Dawlish, Devon, where the sea wall and rail line were destroyed by bad weather. It begins with a stanza that is more obviously ‘lyrical’ than that which follows, an erupting fir recalling the whirling pines of HD’s ‘Oread’. After this, the register is more essay-like, although this initial lyricism prepares the reader for a way of writing that shifts between modes and voices.

Part One is arranged on a timescale, not always chronological, ranging between 423 BC and 1996. Using a simple poetic structure – lines of more-or-less eleven syllables – Carpenter is able to give space and varying weight to the fruits of her research, allowing personal reflection and impactful, isolated statements:

The digital cloud is older than we think.

Carpenter includes historical figures such as Margaret Cavendish, the first woman to attend a meeting of the Royal Society of London (1667), and Eunice Foot, whose research accurately described global warming (1856). As Aristotle sees the behaviour of water on land mirroring the behaviour of clouds in the air, so Carpenter seeks connections between digital and meteorological clouds. Older ways of thinking of cloud formations help to break down the divisions and categorisations that would have us resist the idea of any relationship between these two clouds beyond their nomenclature. This poetic sensibility enables Carpenter to find and layer connections, until the two clouds merge into one. The final couplet in this section reads:

The digital cloud is formed of fine droplets
of data gathering information from air.

All this, fascinating in itself, sets us up for Part Two, which re-envisions Carpenter’s digital poem The Gathering Cloud (an Editor’s pick for the 2017 Saboteur Awards). Here, we are more adrift in the strange oppositions and juxtapositions of the contemporary cloud:

The cloud’s complex evolving structure makes it
feel almost like a living organism.

The jerky animations and clip art of the online version have settled into collages on the page (referred to as Plate No.1, No.2, etc.), which are set apart from the poetry. Facts about data storage and its environmental implications make the ‘fluffy cloud’ more inseparable from the supposedly virtual cloud.

The Gathering Cloud continues its life across different moderations and iterations. I haven’t seen it performed, but can imagine it working very successfully as multimedia poetry, along the lines of Caroline Bergvall’s Drift. More than anything else, the poetic-politic line of thought is what convinces. By gathering together histories and theories on the ‘cloud’ in all its duality, and, in the process, dissolving that duality, Carpenter founds a whole new discipline. If Cloud Studies takes off, here is its primer.

April 4, 2014 Editor Comments Off on Shadow Dispatches by Polly Atkin 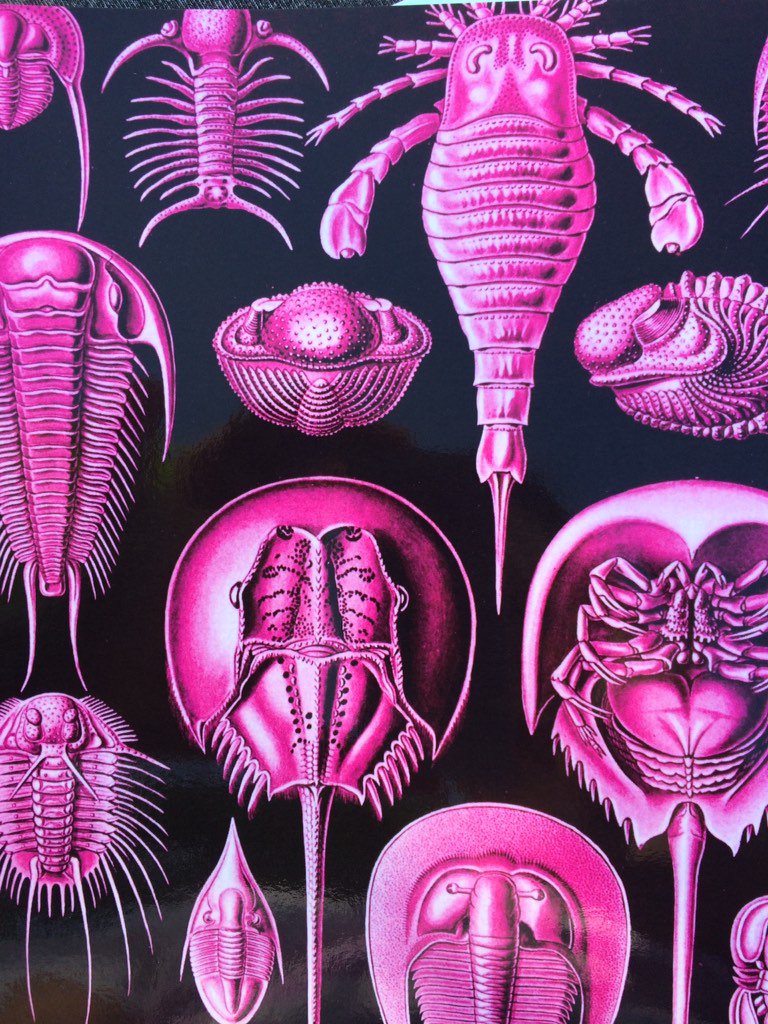