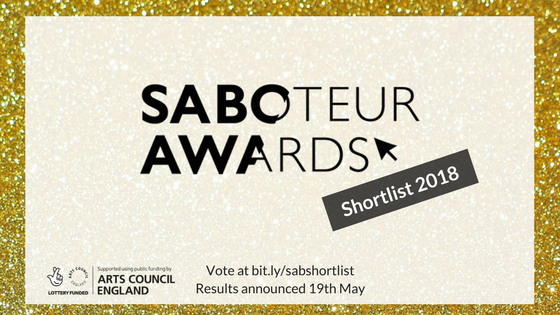 The results are out!

After nearly 5,000 people cast their nominations, we now have a shortlist!

The four most nominated works in each category have made the shortlist + an editor’s choice (identified by an asterisk*). You can see which editor picked which category here – in the interest of fairness, the editors will only reveal why they picked each work after the voting has closed.

Note to those shortlisted: we have tried to get in touch with everyone shortlisted last week but haven’t heard back from everyone. If you are shortlisted and hearing about it for the first time here, please drop an email to [email protected] as soon as possible!

Voting is now open until 9th May at midnight.

The results will be announced at the end of our festival on 19th May at Theatre Delicatessen (Broadgate). You can book tickets here, and view the programme here.

Like previous years, we’ve also chosen to share with you the longlist of works that narrowly missed out on making the shortlist. 10 for each category, we hope you will go and explore them too! 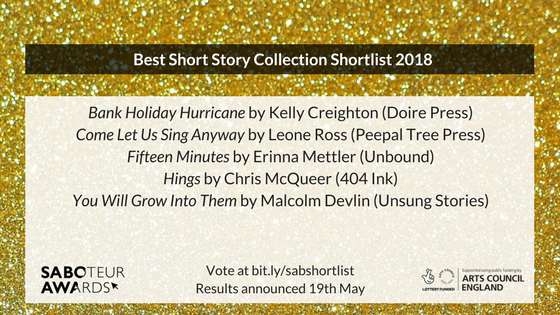 A witness of waxwings by Alison lock (Cultured Llama)
The Chemist’s House by Jude Higgins (V. Press)
Dazzling the gods by Tom Vowler (Unbound)
Food of the Gods by Emma Dehaney (Brave Boy Books)
Her Body and Other Parties by Carmen Maria Machado (Serpent’s Tail)
Hollow Shores by Gary Budden (Dead Ink Books)
Paisley Shirt by Gail Aldwin (Chapeltown Books)
Room little darker by June Caldwell (Head of Zeus)
Some of Us Glow More Than Others by Tania Hershman (Unthank Books)
Worlds from the Word’s End by Joanna Walsh (And Other Stories) 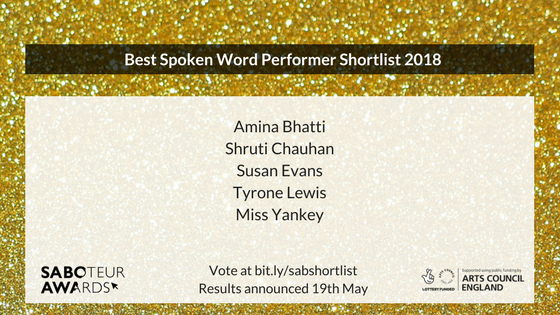 Confingo
Into the Void Magazine
The Journal
Riggwelter Press*
Strix 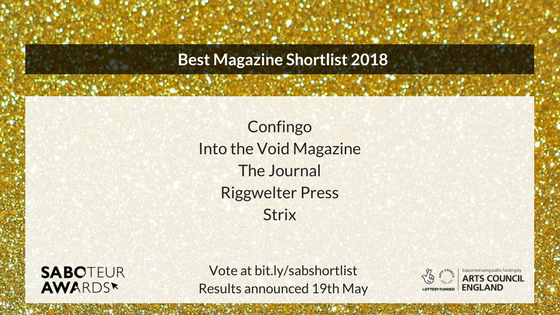 Affleck’s Creative Space*
I am not a silent poet
Poetry Prescribed
#WomenAloud NI 2018
Yours Faithfully, Edna Welthorpe: a tribute to Joe Orton 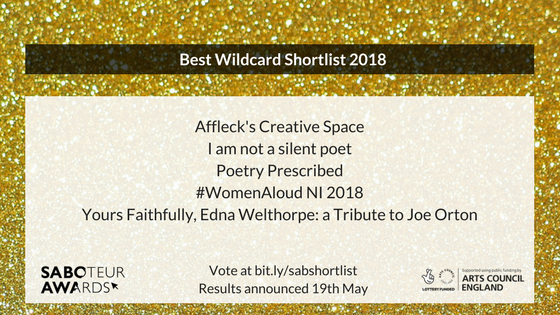 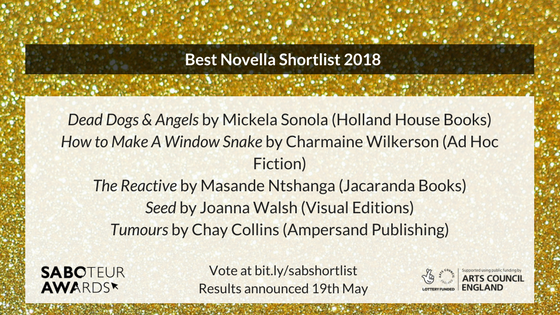 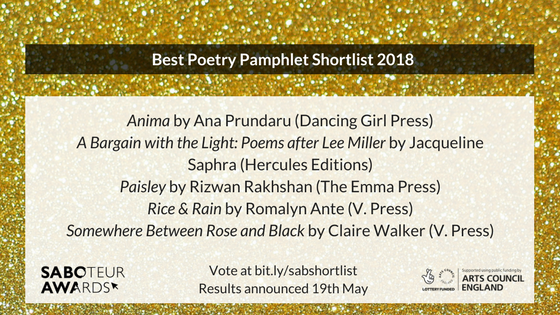 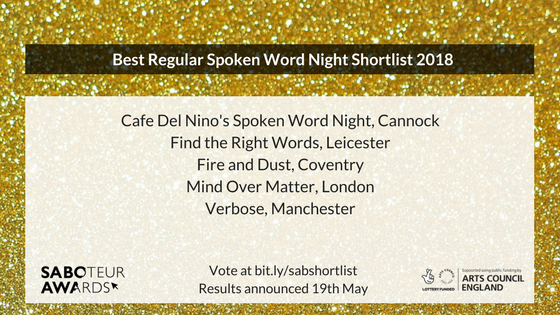 Doctor Zeeman’s Catastrophe Machine by Martin Figura
Above the Mealy-Mouthed Sea, by Jemima Foxtrot and Lucy Allan
This Is Not A Safe Space, by Jackie Hagan*
Hopeless by Leyla Josephine
Sexy by Vanessa Kisuule 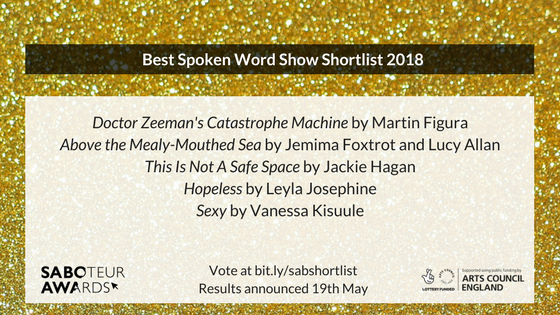 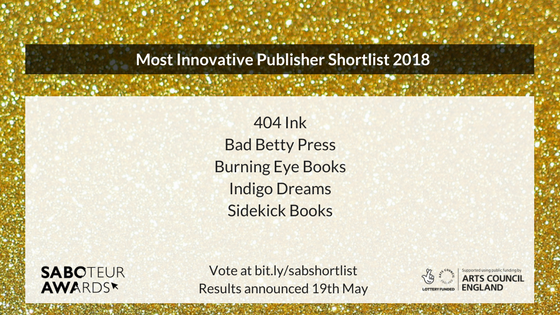 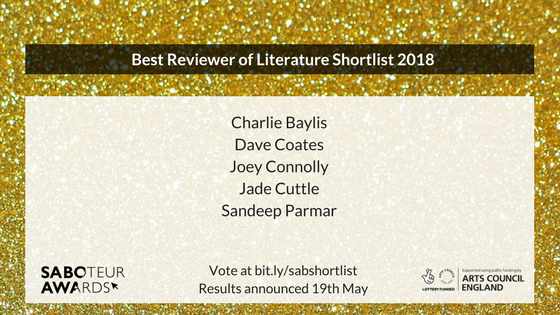 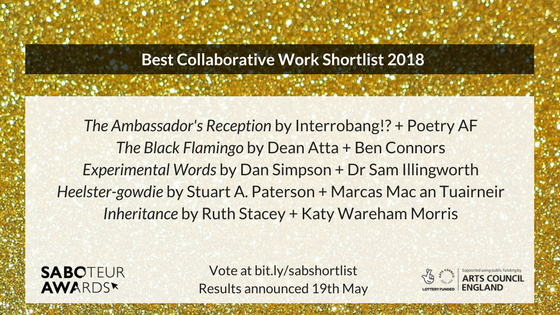 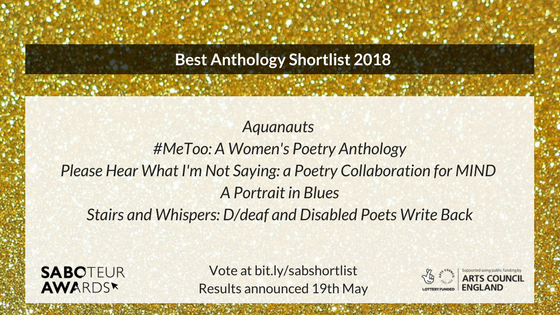 View the shortlist in full below: 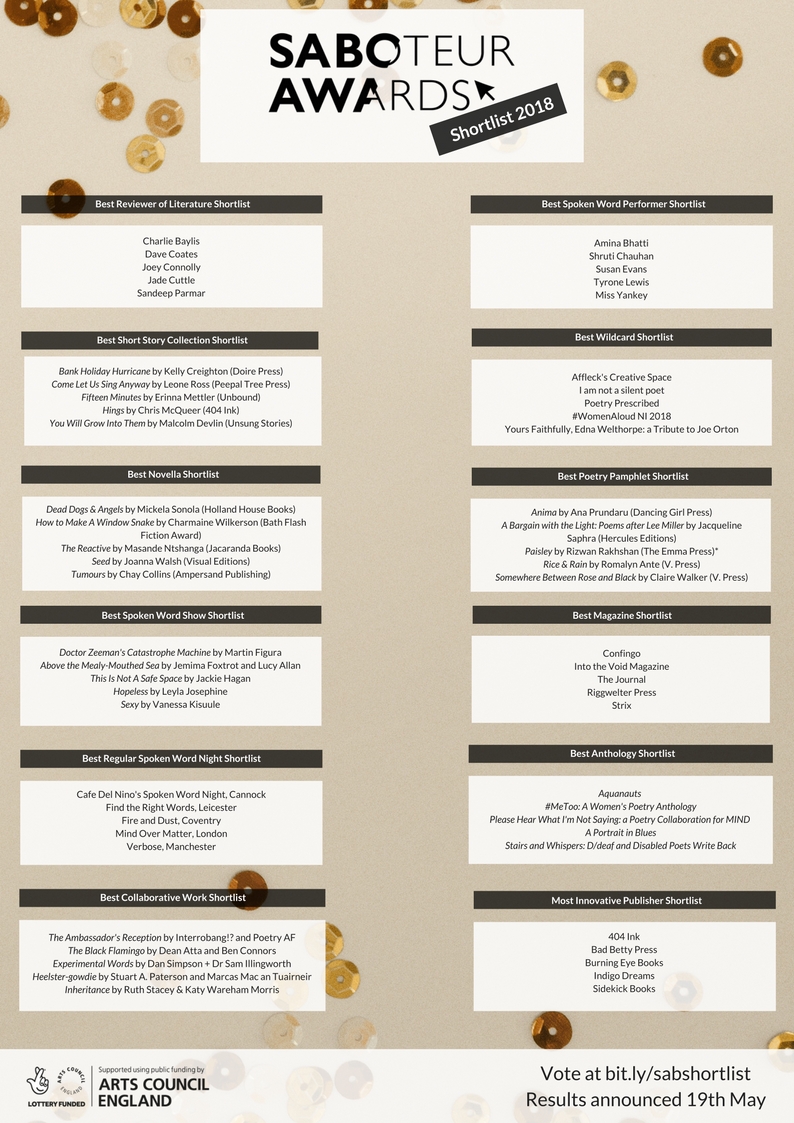 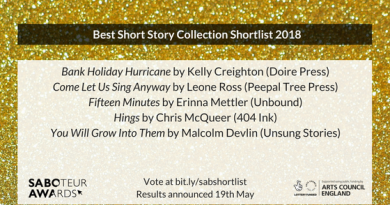