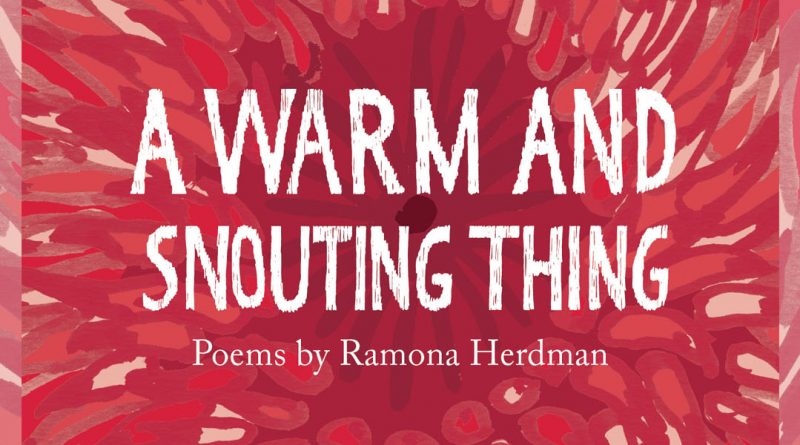 A lush sensuality flows through this voluptuous collection of poems, given punch and precision through an attention to detail that’s both scrupulous and playful. Here, language is like the body—sprawling, unpredictable, dangerous—but ultimately given poise and control through humour, acuity and self-awareness.

Herdman anchors sex and sexuality across a range of experiences both thrilling and dismaying. That ‘sex sense’ is loosely defined as:

It scorches and fizzes, ‘a bit/ like your naked tongue about to lick/ a battery’ a disruptive presence, a sensation that makes the ordinary world thrilling. On the tube, an illicit whisper of sensuality is gleaned from ‘the backs of men’s necks’, then slapped down with ‘the mustn’t of reaching to touch’ (‘Shave). The language is so attuned to physicality, to the raw sensation of skin again skin, that even the imagining of such contact becomes headily charged—we’re there, breathing the hot recycled air of the underground, inhaling the sweat from a too-close collar.

We’re shown how the early taboos around the body settle into consciousness: in the sonnet ‘Nudes’, a child plays happily naked, a ‘butter baby’, ‘little fat lamp at the window’. Parental disapproval follows and that initial image of unselfconscious, naked content sours into the poems’ volta, when the father, ‘pre-divorce’ uses nakedness as a faintly pathetic weapon, stripping off ‘in front of my mum’s friends, making a point’.

In ‘Sixteen’, the speaker pictures herself “Lying on the beach in my first bikini/ a line of women like seals’. There’s a pleasure in this kind of sisterly intimacy that doesn’t have to be coy: armpit hair is discussed openly, and women walk together in the darkness, sharing thoughts. That nascent awakening is powerfully sensual, rather than sexual. With this budding platonic awareness, though, there’s also the introduction to sex’s smokescreens and disappointments, the:

book of bondage erotica they’d been passing round –
the humiliation of my parents explaining,
sitting either side of me,
that sex wouldn’t be like that.

And then comes the colder water of its hurts and betrayals, the delayed understanding of an unfaithfulness that permeates the house, along with the scents of sweat and brine, the sudden shock of the final image—a mother boiling alive ‘two huge crabs, rough as roof tiles’.

The world of these poems is everywhere alive and wriggling with immanent physicality, the language, tensing and undulating like muscle: even something as prosaic as a salad spinner conjures up:

That very literal bursting out, the eager human ripping at the seams, leaves behind something ragged. A teenager, excited at the ‘sudden novelty/ of making adult men feel something’ (not yet the student who can ‘spot a phallic symbol a mile off’) is asked by her mother ‘if the boys/ wouldn’t put their hands up a skirt that short’; she’s temporarily bemused: ‘it had never occurred to me that anyone could/ without my say-so’ (‘Comeuppance’). But of course they will—that initial bafflement sharpens into a grim warning to girls to ‘put on armour’, that there is a danger inherent in the occupation of a female body, a female skin. This never feels ponderous, just tensely matter-of-fact— there is, after all, no revelation in the understanding that men will ‘work out your pleasures/ and use them’, and worse: that ‘they will say […] you can’t blame wild dogs/ for attacking raw meat left in the road’ (‘Daphne’).

The development of physical sensibility, including all the latent anger and wariness that comes with it, necessarily influences the development of a romantic one. The ‘warm and snouting thing’ of the title poem seems to point to this hybrid consciousness, an ability to sniff out the ‘potential heat in a withheld hand’, the mark of ‘a kindred thing’. That invocation of ‘thing-ness’ is precisely imprecise – an instantly relatable composite of desire, intimacy, love that resists any more exact definition. 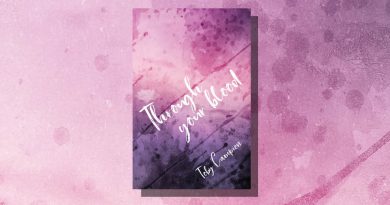 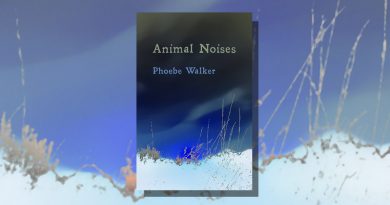 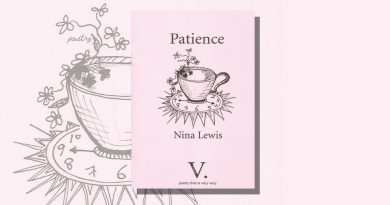