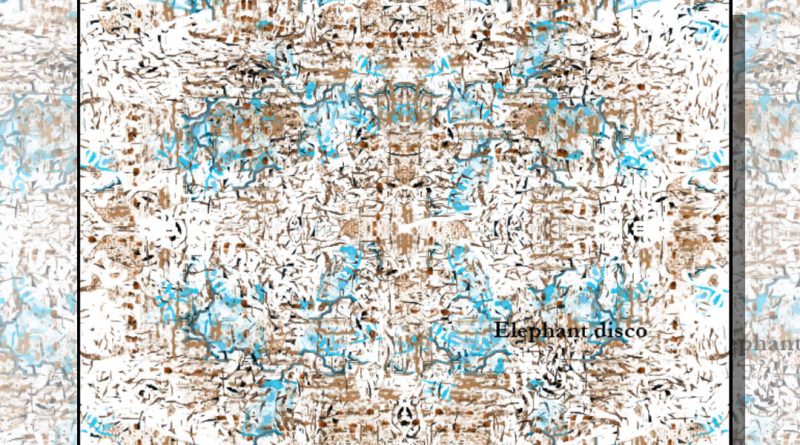 Sarah James’ “multi-media poetry narrative” draws elements from early text adventure video games, horror films and gif art to create a piece which, by building barriers within it, might just be breaking some itself. James’ confident control of these elements mean that a piece which might seem both experimental and retro at the same time is a focused experience with language at its core.

Diagnosed with type 1 diabetes as a child, James introduces the > Room as “the fragmented social and personal commentary of the six-year-old traumatist.” Once they have begun the reader enters “rooms” comprising of text written on a blue background, gifs that often contain a work that functions as the title of the piece and audio – almost always a speaker reading the text. James creates a sense of space in these ‘rooms’ partly by inviting the reader to spatialise how they read:

“A structural survey: | line ends & support; \ // stanza breaks & piping. There are no doors until the TRAUMATIST  makes them.”

These marks make a virtue of the unstable surface of the web page with it’s layouts differing depending on the device used to view it. Doors between rooms are hyper linked words. There are sometimes multiple “doors” in one room. I read through > Room a few times and each route was a very different experience.

The rooms are numbered and I don’t think I’ve quite seen them all but I’ve been sent back to rooms I’ve been to, tried to retrace my steps, and found myself back at the beginning. It gives a sense of exploration, a very video game like challenge, and a sense of the easily cyclical nature of internal narrative.

The spoken text is a huge element to this experience. The readers voice is calm, almost matter of fact and the audio loops as soon as it is over. There are things within the texts, bracketed elements, footnotes etc. that are not read this has the creepy effect of making the text seem much less stable, the speakers voice is less authoritative and sonic ambiguities like “always” or “all ways” which I heard one way and read another have no real resolution.

This plays into one of the most fruitful ambiguities of > Room, the ambiguity of the internal and external. It’s a testament to James’ writing that this slippage between the body of the poem, the body of the speaker and their mental state itself, seems an organic part of the claustrophobic structure of the poem.

Reading > Room, I felt like the goal of the navigational aspect of the reading was escape, and the end engages with that drive through QR codes in a way I thought was fantastic. Discussing it here might feel like a spoiler so I won’t.