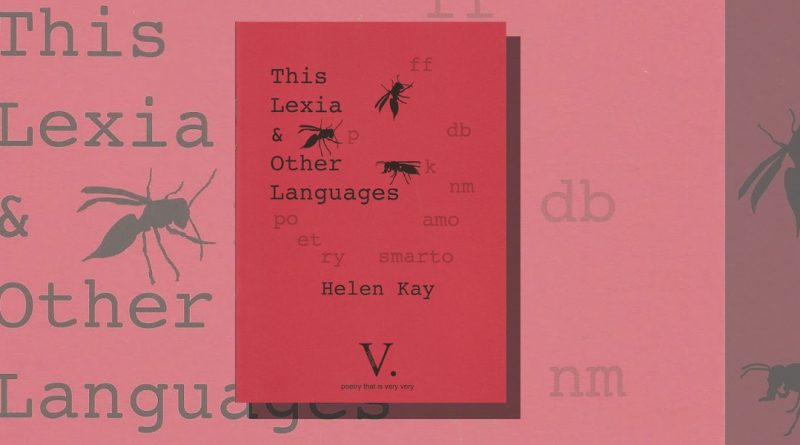 This Lexia & Other Languages starts by exploring dyslexia through a mother’s perspective of a dyslexic son and a school system shaped around neurotypical children. In ‘Elderly P. and her Son at the Library’ where P is an abbreviation of “primigravida”,

They stroked furry tiger pictures,
pulled the pop-up jaws until they tore.
Back home they would act out Aladdin.

Only when the words trilled, Read,
he shut up the murmuration of marks,
put them in their place upon a shelf.

Books are made enticing for small children with tactile features added to illustrations and images that fold out when a page is turned. The son’s ability to join in the acting of Aladdin shows he has no fear of stories and no problems following a narrative arc. Yet he shows a fear of the text, of marks that follow a logic and hold a pattern he doesn’t have a key to unlock. Later, he starts school and notices the free newspaper on the bus. His mother reads him the front page story and he tells the teacher about it but she “yells at him to get in line & his/ears twist into scalding shrimps,” in ‘Reception Class: Boy in Bits’, which leads to ‘Not Waving But’

I am shocked that people trust
the snapping jaws of ‘v’s and ‘k’s,
the dangling hooks of ‘f’s and ‘t’s,

the letter-river I am drowning in
and no-one sees it, drifting, like a ghost
where I am the ‘h’, unrecognised.

Here the focus is on the letters, the code of the text itself. The poems have already established the boy understands the meaning of words, able to understand a newspaper story at the age of four or five, but is struggling with the shapes of the letters and distinguishing similar letters, whether an ‘s’ will “hiss or buzz.” He turns them into images, not soft kind images, but images of jaws and traps, things that snag and hurt. And a letter that won’t stick in his mind no matter how frequently he reads it.

‘Angry Mother Syndrome’ is a swipe at how the school system fails dyslexics, a meeting with a Special Educations Needs officer has him asking “what I will do about it./I mention extra time; he snarls, We could all use extra time.” It continues,

When my son falls behind, Sir lends him a thick book to catch up.
Sir praises him for a good try. He feels Sir’s ‘praise’ as ‘not praise’,
shapeshifting the words to make patronise.

On the radio, a man with too many letters states dyslexia doesn’t exist.
Does my son exist? #notdyslexicbut.

Naturally, giving a dyslexic a book to read is unhelpful and faint praise is damning when it comes from a position of failure to understand what has to be overcome. While the radio show may benefit from listeners tuning in to hear a clickbait programme where an expert in one subject is allowed to speak as if an expert on a topic he knows nothing about, it harms people like the poet’s son who have suffered derision even though they have been diagnosed and have a genuine neurodivergence.

Opening beyond a mother and son relationship, other poems look at ‘Mental health: English teachers cannot be dyslexic’ which opens “Somewhere on the Dyslexia or Dyspraxia line,/I look out to see myself dodging mistakes” and ends, “I enter a novel competition/to prove #myworkisworthless.” ‘Way to Blue’ looks at famous dyslexics including swimmer Duncan Goodhew, Picasso, John Lennon and racing driver Sir Jackie Stewart. In ‘The Drama Student’s Live Art Hit’,

Yes, they know all about dyslexia.
Her boss’s cousin had to use blue paper.
Google let them read up on the symptoms.
They smirk and tell her how we all have traits.

The show involves her spelling words the audience suggest and each incorrect spelling is marked by an ‘x’ on her skin which creates,

a net of veins, as if her skin had peeled,
a graveyard where she learns to howl against
the wild design of genes. Let them google that.

A search engine can make anyone an instant ‘expert’ but translating the search engine’s results into lived experience is beyond them. There is no definitive test for dyslexia so each dyslexic is diagnosed on the basis of probability: a slow reader who is intelligent, a child who can recall a story word for word but refuses to read it, someone who struggles with pattern recognition but can reach the top levels in a computer game. Consequently, it’s a wide umbrella which covers people who can get by with a simple reading aid and people who need more help.

This Lexia & Other Languages explores the inability of a neurotypical world to incorporate those who don’t conform, how dyslexics are failed by schools and carry that stigma into adulthood. Helen Kay does this with warmth and wit, crafting poems that explain without judgment or self-pity, opening out their world to a general reader. 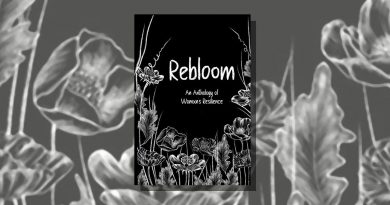 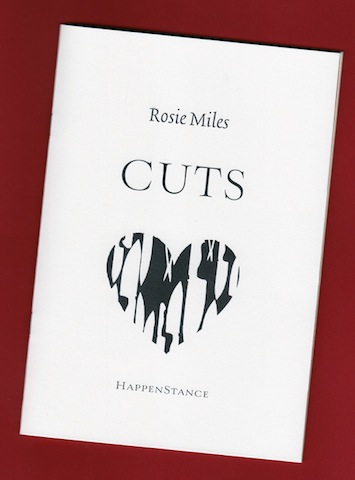