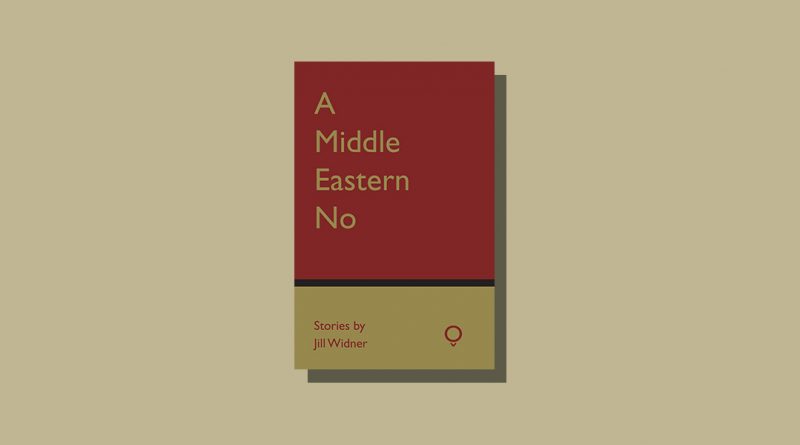 Jill Widner’s chapbook, A Middle Eastern No (Southword Editions) is a collection of three short stories. Each story features a female protagonist who is learning to navigate the intricacies and complexities of her encounters.

Sylvie, the main character in ‘When Stars Fell Like Salt Before the Revolution’, is unable to recognize the limitations of her knowledge of the language and culture in Iran. She and her mother are about to leave Shiraz for Ahvaz—both located in Iran—before Sylvie must return home to the US for school. Before their departure to Ahvaz, they go to the local bazaar because her mother wants to buy Kilim. Sylvie is able to skilfully barter while she is at the bazaar.

However, language fails her at the end of her interaction with a goldsmith. After he has crafted a pair of earrings for her, the goldsmith, a man named Sahar Jazim, “writes something on a sheet of graph paper […] and Sylvie watches the Persian script appear”. He gives her the handwritten message and—in English—says, “‘What I have written is for you. Not for anyone else. Do you understand?’” Sylvie nods in reply. However, she doesn’t understand why he instructs her to keep his message private—a message she can’t read because it’s written in Farsi.

After Sylvie leaves the bazaar, she comes upon a young man in his late teens named Hussein. Hussein wants Sylvie to practice English with him. In the end, Hussein translates Sahar’s message for Sylvie. The message—a poem written by Hafez—reiterates Sahar’s request to keep his note private:

“I beg you, to no one else show/These words

I send in such a hidden way.”

Yet Sylvie’s curiosity drives her to decipher the poem which exposes the intimacy Sahar felt about their meeting—in spite of its brevity:

“Read these words in some safe place you find […]

You may speak any language to me / Love speaks

every language beneath the sun.”

For Alice, the main character in ‘Alice in Abqaiq’, opportunities for her to meet new people and make friends are prevented by language and cultural barriers. Both barriers bring to the forefront the loneliness she feels as an expat living in Saudi Arabia. At times, her loneliness manifests as frustration, exacerbated by language barriers that prevent her from understanding and communicating with others around her: one day while she is riding a company bus, she listens to a discussion among the bus driver, Sudip, and two women—all of whom are speaking in Hindi. At one point, it is obvious that the trio are speaking about Alice when “The word ‘American’” is “mixed into the wash of Hindi that [comes] from Sudip’s mouth.”

Alice’s emotional state is further complicated by the romantic feelings that she begins to develop for Sudip. As she continues to listen to the three speak in Hindi, Alice feels “herself growing uncomfortable again. She didn’t know how much Sudip might be telling them about her. About his relationship with her. Though the existence of a relationship between them had not been expressed.”

Their quasi-relationship never progresses because Alice always becomes guarded when she discovers that Sudip knows details about her and her life that she hasn’t disclosed to him or she hasn’t yet discovered about herself.

To the reader, Alice’s behaviour may seem odd though since, while riding the bus when Sudip is driving, Alice acknowledges that, “[s]he had thought that she knew him to some extent, and that he knew her.” Once they reach a certain level of intimacy, Alice confronts Sudip with a volley of questions. After she asks her questions, she realizes that it’s unrealistic to become romantically involved with him:

“‘Do you think you will marry me? Do you think my father will arrange for you to move
to the United States? Is that what you want?

‘You live in a room in a boarding house behind the Abqaiq Souk. You will never be for
me. I can never be for you.’”

As an American expat, Alice’s status in society is much higher than Sudip’s. Their short-lived romance is over before it has a chance to bloom making one wonder if this disastrous ending could have been avoided if, at the outset of their romantic connection, the two had an earnest conversation about their intentions and hopes for a possible union in spite of their social status in Saudi Arabia.

Yalda and Gillan’s friendship is also short-lived in the short story, ‘Yalda & Zhila’. A barrier of understanding is what eventually prevents Gillian from forming a closer relationship with Yalda. Initially, Gillian, whom Yalda’s mother continuously calls Zhila, is drawn to Yalda and the two girls are inseparable.

As time passes, and during the interactions that she shares with Yalda, Gillian discovers that Yalda can be impatient, insulting and dismissive: while the girls are spending time together one evening, Yalda informs Gillian that her mother has visited a friend as this “friend of hers is getting a divorce.” Gillian admits to Yalda that her parents too, “‘are getting divorced […] That’s why I’m spending the summer with my sister.’”

Instead of acknowledging what Gillian has said, Yalda changes the subject: “‘I’m not sure I believe her, though. I think she might be seeing someone.’”

In spite of Yalda’s less attractive qualities as a friend, Gillian continues to spend copious amounts of time with her. However, it is after Gillian sees Yalda’s behaviour towards their neighbour, Georgie, that Gillian decides she doesn’t want to be friends with Yalda. Georgie is in Yalda’s class at school and has Tourette Syndrome. Georgie’s episodes become normalized for Gillian. However, one day in late summer as the three girls are outside, Georgie has a bad episode. Afterwards, Yalda points at Georgie and says, “‘Only an imbecile pees on the ground in broad daylight’” before laughing and running away. Once Gillian bears witness to Yalda’s cruelty, she recognizes that, “[…] that was the was the day the way I felt about Yalda changed.” Gillian maintains the pretence that she is friends with Yalda. However, Gillian exacts revenge when she steals a family heirloom from Yalda.

Sylvie, Alice and Gillian, the protagonists in the short stories in Jill Widner’s chapbook, A Middle Eastern No, don’t always navigate their relationships honourably: Sylvie ignores Sahar’s only request, Alice confronts Sudip about their inequalities and Gillian steals a precious heirloom from Yalda.

Even though the language and cultural barriers — as well as barriers of understanding — are prevalent in the stories, they primarily serve to highlight the underlying problems that cause the three protagonists to abandon relationships they aren’t interested in pursuing.

And yet, in spite of these barriers, each short story provides a glimmer of hope as readers witness characters showing acts of kindness, extending a helping hand, and proving that their love can conquer all. Those moments of hope are ones that we should cling to as the world around us becomes even more divided. Widner poignantly captures the complexities of multicultural relationships and is a writer I hope to read more from in the future.

Find out more about A Middle Eastern No and Southword Editions chapbooks on the Munster Literature website. 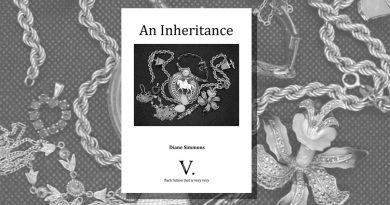