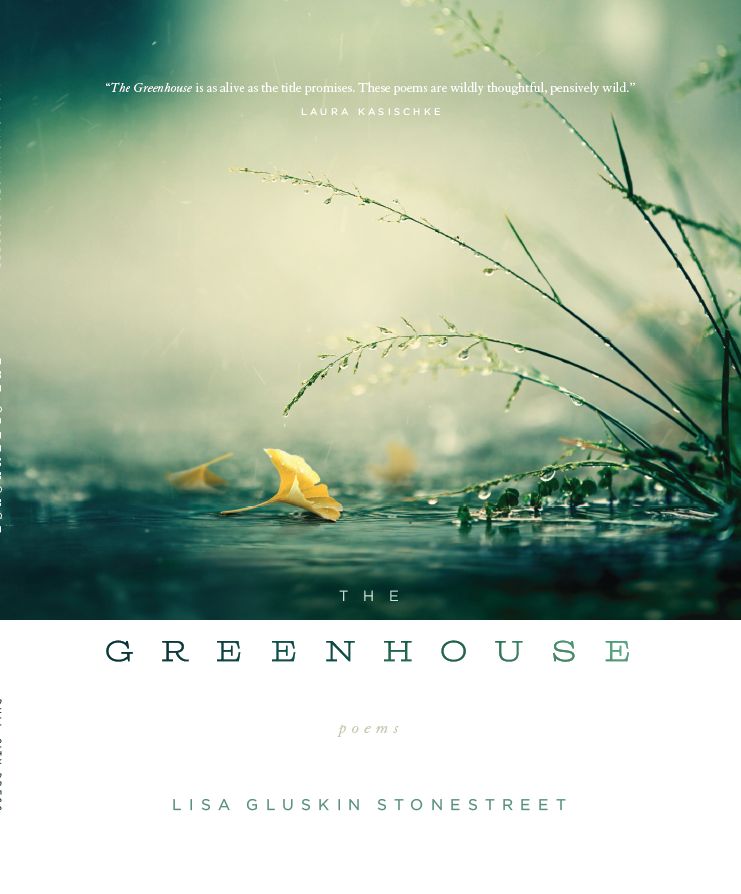 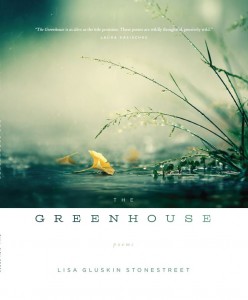 Many people are wary at approaching poetry on the subject of parenthood, fearing perhaps it will be sentimental, overly personal or trite. This is not a charge that can be levelled at The Greenhouse, a chapbook of twelve poems following a mother’s mind as it is dismantled and utterly transformed by the experience of having a child.

The book has at its crux an exploration of separation and connection, time and memory and the limitations of language viewed through the lens of motherhood.  The opening poem, ‘Like That’, couples a sense of amazement at the new life the speaker has created with the realisation her own life has moved on as the pre-motherhood norms break down:

Loose, fragmented and expressively punctuated, the form of these poems perfectly captures this sense of a mind unravelling and reforming as it negotiates new territory. The lines are broken and scattered across the space of the page like streamers of billowing thought.  These multi-vocal poems reverberate with questions, asides in parenthesis, day dreams, mathematical calculations, all in a quest to encapsulate the revelations of this new world the speaker finds herself in, an experience which refuses to be pinned down.

It is thrilling to follow Lisa Gluskin Stonestreet on this interior journey, through patience and restlessness, moving from one thought to the next while she goes about the daily chores of looking after a young child.  The speaker doesn’t seem dulled by the monotony and sleep deprivation but pressured by it and this pressure creates an intent intellectual scrutiny.

In ‘Flowers, Doggies, the Moon’, the physical and mental experience of breastfeeding takes its place alongside an exploration of memory, language and how we experience time:

in the beginning , though, we were

free even of the balm of naming:

on its pages or in the sky. Only circles within circles, and doing, or even feeling so much
beside the point: the warm thrum of the tide.

There is a tussle between this meditative state outside of language and the busy mind trying to tug away from it.  Into this dialogue are thrown jokes about breasts, the rigmarole of everyday life, questions about how the poem should end.  Everything is tangled up yet skilfully held together by the underlying presence throughout the poem of the sea.  The language of the sea – receding, swirling, rising, eddying, lapping, flowing – is used throughout the collection and mimics the movement of the reflective mind, advancing and retreating.  More present in the collection than the greenhouse of the title, the sea can also be felt in the shape and rhythm of many of the longer poems, which resist an ending and flow each into the next, giving the impression that the chapbook is one extended piece.

These poems also reveal with a brave honesty the overwhelming strain of motherhood.   The poem ‘Baby/Honey’ is crafted out of the ‘constellations/of data’ gleaned from the internet on child rearing and reveals with chilling humour the paranoia and fear that accompanies the early weeks of parenthood, the:

A line that will always stay with me because of its quiet pathos comes near the end of the poem:

One third of the way through the chapbook, ‘Chimera’ takes a completely different form to the other poems, and stands out like an abrupt pillar of anger muted by resignation:

I want them out. I want
to be myself, my self
again. My old untethered,

young untied. I lie: I want

And in ‘Called’ the effects of sleep deprivation are brought vividly into focus as the exhausted lyrical voice unravels before our eyes, descending with grace and poise through nocturnal maritime imagery into the mania of mathematics. This remarkable poem encapsulates the feeling that your life no longer exists along a trajectory of linear time but as a juddering series of steps forward and backward. By juxtaposing numerical calculations with statements about her state of mind ‘(despair, iron)’ and the boy’s ‘(fever, monsters, light)’ the speaker naturalizes despair with pity.

It is a credit to Lisa Gluskin Stonestreet’s skill as a poet that the interiority of her project does not feel claustrophobic.  One reason for this is the fragmentary form of many of the poems which is outward looking and cerebral. Her humour and humility give the reader a release valve and there is a sense of irony and fun in many of the poems. Another reason is the presence of the son who, as time passes and he gets older, has a fully drawn role outside of the poet’s voice, collecting leaves, naming his toy cars, making a collage.

For a chapbook that is as multi-voiced and unashamedly in flux as The Greenhouse, I was surprised by the seeming finality of the end.  I wasn’t expecting a resolution but we do get a sense of closure in the last poem which is possibly the most accessible of the collection.   Its voice is gently humorous, almost defeated by the enterprise, claiming ‘oh I am so sick of the self’ which has become a comic toy, ‘a turtle on a rope’.  This is a new voice, very much in and of the present, away from the temporal shifts of the other poems.  There is an uneasy sense of exhausted relief: the intensity of the early years is over and she has come to accept her new self. 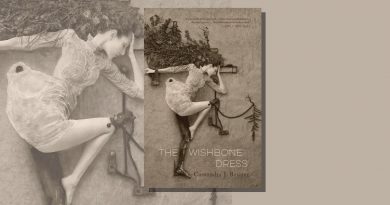 One thought on “The Greenhouse by Lisa Gluskin Stonestreet”