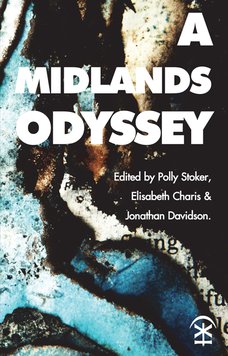 As a fan of the Classics in general, and a Midlander, I had a feeling that I’d find a lot to like in A Midlands Odyssey. Nine Arches Press have commissioned ten writers to respond in their own way to Homer’s epic poem, with stories set in the modern-day West Midlands, and the result is, if not as poetic or long as the source, at least as varied and engaging. Homer should recognise the themes and the names, if not the locations or the accents. 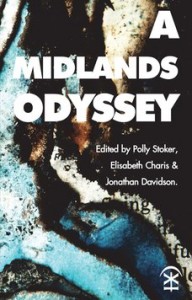 Crucially, it’s not a retelling of the original narrative (although the oral tradition of Ancient Greece makes it tricky to define an original, standard version). Some of the entries stick painfully close to Homer: others take the epic’s themes and run with them, putting them into new and different stories, while retaining the heart of the source. That’s where the collection shines; not in the re-telling, but in the re-imagining. The strongest stories here bear little resemblance to the details from Homer.

Homer’s epic is arguably the second recognised work of the Western Literature canon; a sequel to the first, Homer’s other epic poem, the Iliad. While war is the Iliad‘s theme, and it hangs over the first story of this collection, homecoming and wandering are the themes of the Odyssey, and they are omnipresent in the version. For many of these stories, the Midlands stands in for Ithaca, Odysseus’ island kingdom, and is the target of some nostalgic longing. Dragan Todrovic’s haunting ‘Every Storm’ is different in making the Midlands a place of exile, but still harps on the same theme of exile, war and homecoming.

Yasmin Ali has the first story (‘In The Lap Of The Gods’) and transfers the divine agency necessary for a tale of gods and heroes to an equally powerful force of modern societal change: the television production company. The Athene company wants to make a reality series around a Birmingham street, whose residents are bound together by the experience of war. Ali gives the collection’s most plausible updating of the Olympian gods by having the production company manipulate the cast’s lives for their own ends. The gods were always self-interested, so the desire to produce entertaining television is fitting. In the story of Ed, a consultant who has long left his wife, Penny, to run a Midlands gastropub alone while he takes a job in Turkey, and whose homecoming the production company wants to make the emotional climax of the series, Ali has a genuinely compelling modernisation of Homer’s epic. It’s only short, but by the end Ali has a successful stand-alone story that the reader can appreciate without Homer, and one that feels like the beginning of something much longer; she could have an epic of her own on her hands.

It’s a tremendous beginning, and a perfectly-executed example of how modern writers can engage with ancient subject matter and make it their own. Ali’s story provides the opening, rather like the first few pages of Homer’s poem, for the wider story, and there’s a promise of more to come.

So it’s a shame that this is followed by a story that basically retells the narrative of the first Book of the original. In her back-matter reflections, Lindsey Davis admits she was glad that Homer had done most of the creative work for her. The first few paragraphs of ‘The Telemachus File’ reference local news coverage and then reproduce the Homeric story, placing the gods in the role of social workers (almost literally replacing ‘divine’ with ‘professional’). The idea is promising, the whole angle has definite potential. But it never takes off, and the conversion of Ithaca into a vaguely-defined business empire hobbles the story. There are good ideas that could have turned into something interesting, but none of them ever becomes central and Davis ends up letting Homer do the legwork.

That establishes the collection’s pattern; some are successfully inventive, some miss the mark. Unsurprisingly, the third entry, from co-editor Elisabeth Charis, is another example of everything the collection should be. It’s an excellent response to Homer, taking the themes of faithfulness and wandering from home and putting them into a story that is both beautifully told and able to function independently of the source material. Charis also makes her hero’s sojourn from his wife more plausible and more modern than Homer’s.

Classics was sold to me as sex and violence – the Odyssey has both, but here the emphasis is more on the sex. Violence is almost entirely absent – the editors suggest we’re desensitised by the modern world’s images of violence and suffering – except as a sort of mental suffering. The notable exception is Paul McDonald’s ‘Who Are Ya?’, which transposes the Cyclops encounter to Kiev, where Walsall football hooligans take on a Ukrainian policeman with an influential father. McDonald’s is also the first story to really nail the Ancient Greek motivation and definition of a hero; men who want immortality through fame. Odysseus acts as he does for the fame, and so that his name lives on in the songs of men like Homer – McDonald’s hooligan leader fights for the respect and for his street cred.

There are quieter moments though. Kit De Waal’s gentle ‘Adrift At The Athena’ centres on the moment Odysseus has almost reached home, but washes up on the wrong island. After a long journey he needs to refresh, recharge and, frankly, wash. De Waal’s modern Nausicaa – the princess who rescues and washes Homer’s hero – acts as comforter, counsellor and almost-lover to the Midlands Odysseus, in a story that neatly encapsulates women’s roles in the Greek epic.

‘Adrift At The Athena’ is rather more comprehensive and effective in that final respect than any of the collection’s representations of Penelope, including the only story focusing on her, ‘The Two Penelopes’. Natalie Haynes’ story is the only one to seriously address Odysseus’ long-suffering, patient wife, and the only one to banish the hero to the periphery. The older Penelope isn’t waiting for her husband; she’s glad he’s gone and intends to enjoy what little time she herself has left. It’s a shame there aren’t more stories here taking such sideways glances at the source (though Haynes may be right to suggest writers are put off by Margaret Attwood’s success).

The research for co-editor Polly Stoker’s PhD is described as focusing on ancient texts reimagined by modern women writers and their intersection with feminist theory, and how to make such work more accessible to the general public. A Midlands Odyssey is surely a product of that process. But it’s also a short and sweet collection that is both product and continuation of an ongoing engagement with Classic texts and the world of the Ancients. It certainly succeeds on that count.