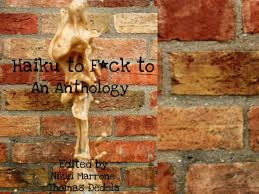 The Imprint of you
Left Behind Upon the bed.
Makes a day better. – Uppahar Subba

I’m not sure precisely what makes a haiku. Or, I am: 5, 7, 5 right? That syllable count, otherwise still quite foreign to poetry in English, or foreign to my conception of it. If I find myself counting syllables in a poem, I am already unconvinced. When it comes to English haiku, I think the key lies in that word ‘imprint’, the lingering power of an image, much more than in formal constraints. English haiku ground zero, Ezra Pound’s famous ‘In a Station of the Metro’:

The apparition of these faces in the crowd;
Petals on a wet, black bough.

We might go back further, reclassifying Robert Herrick’s ‘Dreams’:

Here we are all, by day; by night we’re hurl’d
By dreams, each one into a several world.

In Pound, it’s that second line that has soaked into my mind, like the petals it evokes, so that I barely remember the ‘faces in the metro’. In Herrick, though much more abstract, it’s that sense of rush. Fleeting sensations, disjunction (semi-colons like slingshots): some of the things we associate with haiku or, rather, a ‘haiku-esque’ quality in English, and which would both seem a snug fit for the subject of fucking. And also which, unfortunately, are not utilized all that well or enough in Spark the Words Press’ Haiku to F*ck to, a part crowd-funded anthology of the work of 16 poets, with illustrations by editor and contributor Nikki Marrone. There are pleasures here:

Paired with a background photograph of a wooden table’s dark nooks and crannies, running in and out of focus, I found that last line unexpected and sensuous. Elsewhere, words run away with themselves in exciting single sentence stanzas with all the energy of a first take:

Write me, like you would
An urgent love poem, scribble
My name, misspell me.

She is a screamer;
She wants the neighbours to think
We are disgusting. – Leanne Moden

As is risk pierced by humour, or visa versa:

Both poems effectively exploit a caesura after the first five-syllable line to heighten the humour/drama of the next two. Moden’s is sexily illustrated by teeth biting their own kinked lower lip. In ‘Accidentally Out’ that lost final syllable for me connotes a sudden silence, shock, a feeling in the air.

But too often the haiku in this anthology tend to abstraction; plug the words into that 5/7/5 formula (which is itself broken in the some of the most famous Japanese haiku) and call the result suggestive. Concluding phrases in Vishal Ajmera’s poems like “Virginity redefined”, “Passion epitomized”, “Privacy undisguised” seem exactly wrong. The results can be leaden:

Which is not to say abstraction does not have a certain appeal, if it unfolds just right (see again Herrick):

But compare ‘First Desire’ to a haiku like this one by Maddie Godfrey:

Despite that somewhat heavy first line, and lack of a truly strong image, there is a lingering sense of suggestion that persists.

There are some decent efforts among the 50 haiku collected in this anthology. But many you would have to characterize as diverting more than even, say, interesting. They are generally more like haiku within fucking than haiku to fuck to, that might really inspire desire or say something about it. Like the departed body in the Subba haiku which closes this anthology, perhaps they will make a day temporarily better, but leave little more imprint than that.