-In which Richard T. Watson sums up the Fiction side of the Saboteur 2013 Awards–

The first of the Fiction stable’s awards was for the Best Short Story Collection by a single author. Four out of five nominees were traditionally-printed books, while one (Superbard’s The Flood) was designed specifically for the iPad and featured a range of interactive multimedia elements. Our voters listed its advantages as: ‘Imagination, lyricism and originality – merging classic storytelling and classic stories with a modern, nerdy scientist twist and a wicked sense of humour.’ and ‘Because it’s simply brilliant, adored the story telling and the little sea shanty, singer had a great voice. Loved it and want more please.’

The titles alone in this category deserve some awards. From The Syllabus of Errors by Ashley Stokes to Tania Hershman’s My Mother was an Upright Piano and the winner, All the Bananas I’ve Never Eaten by Tony Williams, all were quirky but somehow appropriate. Meanwhile, Fog and Other Stories featured (as described by anonymous voters) a ‘Fascinating collection of stories and images of “fog” in all its forms. Ms. Egan has a great way of expressing the personalities of the characters’ in a collection that is ‘metaphorically alluring and humanistic’.

Our voters thought Syllabus deserved to win because ‘[Stokes is] a proper, bastard, full bore writer. These are stories that are true to themselves whilst showing a wide, deep range of influence and level of expressive dexterity. They’re an antidote to all the lame, colourless half formed stories[…]

Voter comments for My Mother… focused on the originality of Hershman’s writing, her ‘stunning prose’, ‘fresh, new voice’ and her stories as ‘little nuggets of solid gold, always witty, wise and warm’, with one saying: ‘Flash fiction can never get better than this. Tania is an exceptionally talented writer – someone to watch out for.’

But the winner was Tony Williams, for some of the following reasons:
‘Because the stories are rich with surprises and they are silly and clever and fun and disturbing. They take you in unexpected directions and you want to go on reading – that’s why it should win.’
‘Tony Williams is really an extremely cool dude. As well as being a super original and funny writer he’s also a really engaging performer. I’m really excited his short fiction’s being published… and by Salt, too!’

The nominees for our Best Magazine Award ranged from the long-running Rising, to the very new, like Lummox and the Lakeview International Journal of Literature and Art, or Alliterati with its focus on young writers, via last year’s Saboteur Award winners Armchair/Shotgun, with their third issue. All of them feature a range of short fiction, poetry and often visual artwork, sometimes with non-fiction in the form of interviews or reviews.

Lummox and Lakeview both had their first issues nominated, with voter comments highlighting Lummox’s quality of entries. Lakeview, the category’s runner-up, was described as ‘A diverse blend of traditional and experimental arts. Beautifully illustrated. Excellent work by new and established writers.’ and our review indicated it had promise to go on to even better things, echoing the anonymous comment that Lakeview was ‘A breath of fresh air, no clichés and obvious choices. Here to stay.’

The tenth issue of Alliterati was described as ‘A beautiful magazine created by passionate people, with pretty much no funding. Shows a true passion for the arts’ and praised for bringing ‘art and creative writing together in an innovative way and inspires people across the globe! A great use of the new digital marketplace!’ Comments also stressed the varied nature of the magazine’s content and readership.

The follow-up to last year’s winner, Armchair/Shotgun #2, was the third edition of the Brooklyn-based magazine, described as having ‘A continued dedication to both a fantastic product and the kind of writing that makes you feel publishing isn’t dead.’ Other praise declared: ‘They have a strong vision, strong writing and art, and their interview feature is especially strong.’

Maybe longevity gave the edge to winner (by just four votes), Rising, with many voter comments stressing a consistency and a willingness to take risks. One longer comment runs: ‘Rising has always unfailingly supported new and emerging writers alongside more established ones. Rising is brave and doesn’t shy away from bold subject matter or experimental forms. Every issue feels new, not just on the pulse, but Rising feels as if it were the pulse itself.’

Our category for Best Fiction Anthology catered for multiple-authored collections of short fiction, sometimes organised around a theme by an editor or publisher, but always representing the best of a wide range of submissions.

We had the world’s first ‘post-experimental’ collection from Bartleby Snopes, Post-Experimentalism, with its stated aim of providing literary satisfaction while transcending storytelling genres. Voters emphasised its innovation, with one saying: ‘Not only is this an innovative and entertaining anthology, but Post-Experimentalism seeks to bring forth a new movement in the literary world.’

The Dalkey Archive anthology, Best European Fiction 2013, is the latest in an annual series by the American publisher, showcasing what they consider to be the best foreign-language fiction in English translation. Voters called it diverse, refreshing and an ‘incredibly important anthology of fiction in translation, refreshing the staid Anglo scene. High production values (as ever) from Dalkey, bringing a diversity of voices and styles that expand the mind and bookshelf.’

The young, Scarborough-based Valley Press put forward an anthology featuring young writers under the age of twenty-five writing about their take on modern society. Front Lines was praised for the vitality of its young writers, with our own review expressing relief that the short story was in good hands with a new generation. One voter commented that: ‘The quality of work in both the writing and the editing in Front Lines by Valley Press is testament to how well small publishers can do in this new age of publishing.’

The category’s runner-up was Unthology #3, the third anthology from Unthank Books, and the third to be well-received by a Sabotage reviewer. Voters praised the variety and experimental nature of stories, as well as the overall quality and cohesiveness of the anthology as a whole. One described it as: ‘A variety of fresh new British writing talent is given vital oxygen by this consistently high quality volume’. Another said ‘the third collection picks up where the second left off and goes further still. Wonderful and eclectic. Can’t wait for the fourth.’

The theme for the winner was clear. Overheard: Stories to Read Aloud falls very much within the oral/aural storytelling mould, with stories deliberately designed for reading out loud – whether in the reader’s head or literally out loud – and short enough to appear in front of an audience without them getting restless. Editor Jonathan Taylor’s introduction places the collection in a tradition stretching back at least as far as Dickens’ public performances of his novels, and probably as far as primitive camp fire storytellers. Voters commented on the range and breadth of stories and of writers, as well as the collection’s more-ish nature. One said: ‘This collection deserves to win because, quite simply, the quality of the writing is very high throughout, as opposed to in part, which is so often the case with fiction anthologies. Credit must go to Salt Publishing. They have quickly become synonymous with unearthing new talent and this collection builds on that reputation.’

Django Wylie’s The Middle strikes a chord with disappointed commuters everywhere, with our reviewer calling it a ‘stunning novella, sometimes heartbreaking, but always funny’. One voter said: ‘Such wonderful language and and an extremely enjoyable read. Left me wanting more!’, with another calling it a ‘great intelligent piece of writing’.

Runner-up Alan Cunningham’s Count from Zero to One Hundred is an intimate exploration of the life of a disabled male narrator, praised by voters for its honesty and insight. Its autobiographical feel extends to memoir-like passages and almost travel-writing sections as the narrator encounters the cities of London, Dublin, Budapest and Berlin. One voter said ‘The subject matter is at times painfully honest and the writing style captivating and entertaining’, and another that the novella was ‘thought-provoking and poetic. Something truly special which stays with you’.

In his first foray into prose writing, Holophin, Luke Kennard creates a believable sci-fi future-world where nations have been superseded by corporations and everyone carries a personal, semi-autonomous computer behind their ear. Voters praised the originality, wit and humour of Holophin. One voter described it thus: ‘It’s a small but terrifying satire, an ingenious idea, with all kinds of philosophical consequence, and it rips along joyfully and oddly, with some brilliant handbrake turns (the Proppian folktale for god’s sake!). It’s just ingenious, cleverly playful and masterfully unsung about itself.’

Both the runner-up and the winner were published by Penned in the Margins, who went on to collect the award for Most Innovative Publisher. Unthank Books were also nominated in three different categories. 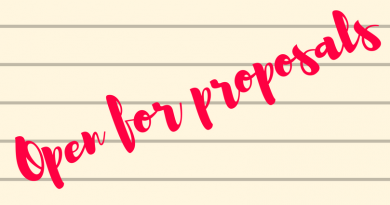 One thought on “Saboteur Awards 2013: Fiction”