Tis the seasons for lists and we don’t like feeling left out. So, as is our custom, here is our top ten most viewed reviews of (published) poetry this year, rendered more difficult by us updating our website this year and having two sets of data to look at.

2. Sculpted: Poetry of the North West (ed. L. Holland and A. Topping) reviewed by Laura Seymour

3. i wrote a poem dedicated to god that i considered to be extremely disrespectful by Diane Marie reviewed by Charles Whalley

5. Estuary: a Confluence of Art and Poetry (ed. H. Lawler and A. Marton) reviewed by Ananya S. Guha

9. The Son of a Shoemaker by Linda Black reviewed by Billy Mills

10. The Ophelia Letters by Rebecca Tamás and The Burning by Anna Selby reviewed by Paul McMenemy .

As you can see, it’s been a good year for Billy Mills’ reviews! The presence of four anthologies is predictable, but it’s pleasantly surprising to see pamphlets by individual authors (if one counts Sam Riviere’s project as such) making up half of the list. Three out of ten are self-published (possibly more if you count anthologies created independently from a press such as Estuary and Catechism). Magazines only have one place (though it is a review of two for the price of one), which reflects a decline in magazine reviews this year – something I’d like to rectify. What magazines do you think we should give coverage to?

In the meantime, here is My Alternative Top Ten of reviews/publications that should have attracted more views than they did – my small way of redressing the balance. In no particular order: 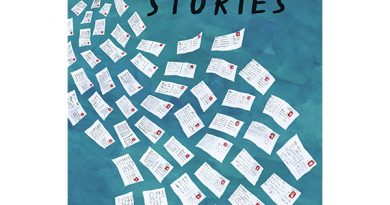